Woking Snooker Centre is set to host two events by the close of 2021.

The Surrey-based club will at the end of October on Halloween weekend host the big LHC events by Paul Ives, which is a festival of snooker and the aim of LHC is to create more events for snooker in London and the Home Counties. 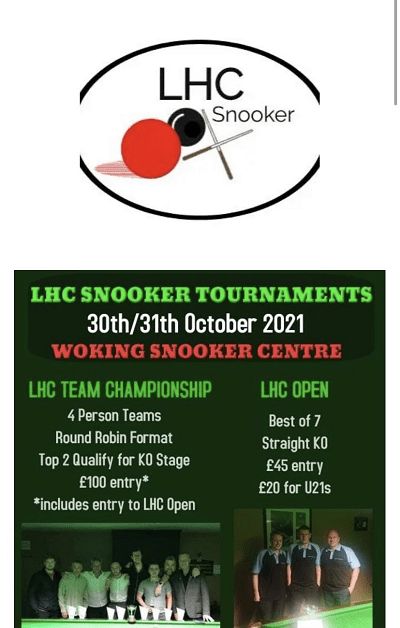 And, in December on the Sunday the 5th, Woking will be the host of Cuestars, run by qualified coaches John Hunter and Tim Dunkley.

Both have been interviewed here on SnookerZone.

The Under-21’s Cuestars sees some of the UK’s brightest juniors on a snooker table battle it out for Gold, silver and Bronze prizes in the events across the south of England.

SEE ALL ABOUT THE CUESTARS HERE…

Have you seen the great art work going on at #WokingSnookerCentre ?

There’s going to be more going up in the next weeks so head down and take a look 👀!

Oh, & why you’re there pick up a cue & play! #WeAreWoking #Surrey #Snooker pic.twitter.com/jUGF8uDwCO

The club, which was formed in the 1980s, has seen decades of changes in the snooker world.

It’s seen through its doors the likes of JIMMY WHITE, ALFIE BURDEN, now back on the tour, and a feast of other professionals and top amateurs.

Looking back on some great stuff that’s gone on through the years at Woking Snooker Centre!Click To Tweet

21 years go, the Women’s 2000 British Open was held at Woking. Kelly Fisher was triumphant in that event beating June Banks, 3 – 0 in the final.

It was also the venue for a World Women’s event in 2011 the UK Women’s Championship where Reanne Evans won that event and Maria Catalano, the then 29-year-old cousin of Ronnie O’Sullivan picked up silverware two years later in 2013 for the Connie Gough Memorial event!

Evans, some 10 years on, is now on the main tour alongside Hong Kong’s NG ON YEE.

Then you had some talented youngsters on the Under-21 tour in 2013 and then one of the landmark WDBS tournaments was staged there in 2016.

We covered that for a different website back then.

And there has also been a maxi there in competition in 2009 from the one and only pro Alfie Burden who joked he wished he’d bagged it at the Crucible because ‘you get 157,000 for it there’ he told another site at the time! Guess who that was against?

Just some of the highlights from the last ten years at the club.

Pictures of famous faces surround the walls of the club on each table, giving players that little inspiration to want to play better.

It’s hosted many tournaments in its 33-year span.

What’s coming up in future at WOKING SNOOKER CENTRE?

BENEFITS OF PLAYING AT WOKING SNOOKER?

WATCH: AS PETER RUDDICK MAINTAINS THE TABLES AT WOKING SNOOKER CLUB – BELOW…

5 tips when brushing, blocking and ironing a snooker table:

It has one English pool table near the bar area of the club. 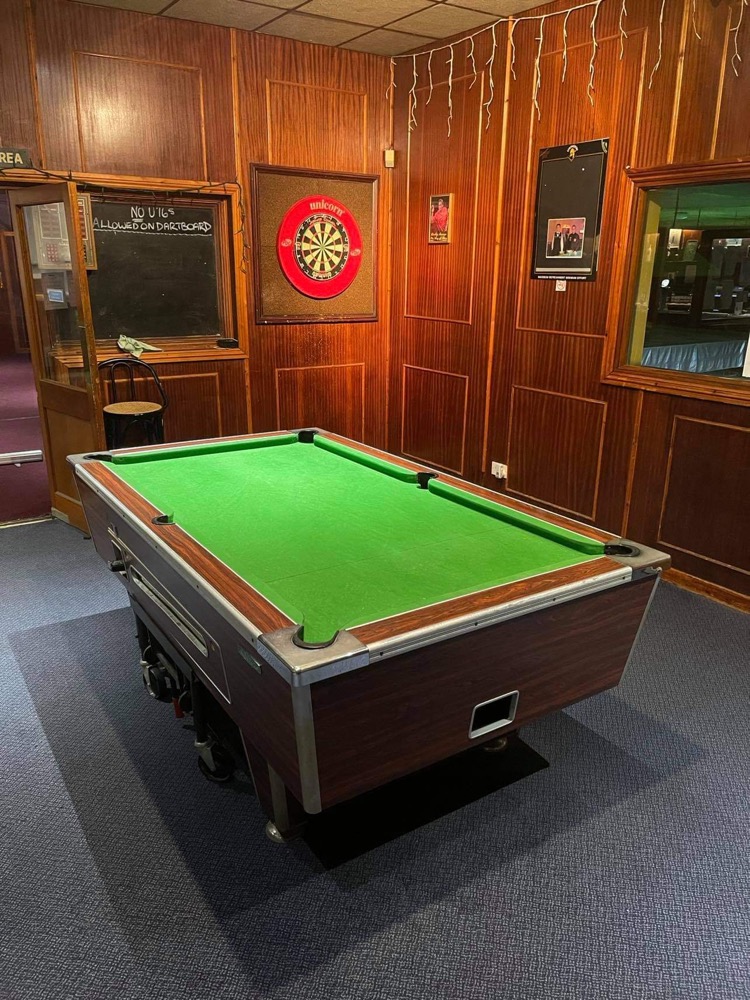 WHERE IS WOKING SNOOKER CENTRE SITUATED?

It is next to Woking Football Club and opposite the big Woking Leisure Centre on Kingfield Road.

If you’re up for a game of snooker in a friendly atmosphere or are interested in looking around the venue, then just pop in and Mr Ruddick will make you feel very welcome.

You can catch the all-day deal for £25 if you’re serious about playing snooker, or you can just pop in for a quick knock at individual prices.

WHO COACHES AT WOKING SNOOKER?

Ben Taylor
I recently moved to the area and was looking for a snooker club to practice and also to assist me with my refereeing qualification. I could not have asked for a warmer welcome from the manager or the other regular players at the venue. Everyone has been really helpful and there is a huge sense of community spirit at the club, with everyone rightly proud of the club they call home. The club itself is sizeable, with 20 snooker tables that you can see are looked after and maintained regularly. Service is high quality and personal, with play (and drinks) extremely reasonably priced. I look forward to making it my home venue for many years to come.

Chris Gaynor
We've played at the Club since 2015. The staff have always been friendly and helpful. The tables have been reclothed now and are using high quality snooker cloths. The price of a table is very reasonable. Plenty of parking but I like to get there early to miss traffic. If you fancy a stroll in the park first before a game there's literally a park nearby. Coaching from a top coach is also on offer. What more could you ask for?

HOW TO GET TO WOKING SNOOKER CENTRE?