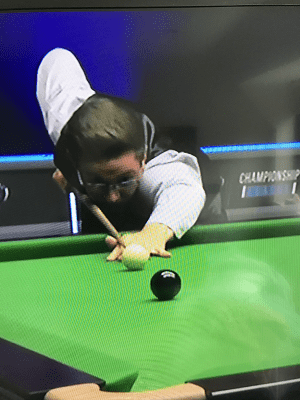 Chris Gaynor is a writer with 10 years' experience writing for the web.He loves snooker, CSI and loves cycling off tiramisu!

You rarely get a surprise as the cream generally always rises to the top.

But last night Ashley Carty was the surprising package of the televised group in the 2020 Championship League as he had two emphatic wins over World No 2 Neil Robertson and former 1997 World Champion Ken Doherty.

It was an unexpected victory for Carty, as the Thunder from Down Under, donning a new lockdown haircut, could not reach the form he had produced prior to lockdown and the coronavirus pandemic.

Carty told WST: “I am over the moon,”and will face Gary Wilson, Luca Brecel and Mark Joyce in the next round.

He added: “I got off to a really good start against Neil, quite surprisingly beat him. I know I am capable on my day but fortunately for me he struggled. I should have beaten Maflin really, I had a few good chances, and then against Ken, I was in shreds towards the end. I don’t know how I missed the green, but fortunately for me, it didn’t matter.”

It went down to the wire in the last match as Doherty, who displayed some form of yesteryear needed to win to go through. But Carty held his own in the last to secure his place in the next phase.

Carty added: “My 87, it was against Maflin, and I missed an easy pink. I knew that would come back to haunt me, but thankfully I did the job in the end. I came here for a bit of practice leading up to the World Championships and never really expected to win the group but I have proved I can hold my own against the top players.”

Neil Robertson will move on to the Tour Championship in just over a week’s time as one of the eight players to compete for a £150K prize pot.

This website uses cookies to improve your experience while you navigate through the website. Out of these, the cookies that are categorized as necessary are stored on your browser as they are essential for the working of basic functionalities of the website. We also use third-party cookies that help us analyze and understand how you use this website. These cookies will be stored in your browser only with your consent. You also have the option to opt-out of these cookies. But opting out of some of these cookies may affect your browsing experience.
Necessary Always Enabled

Any cookies that may not be particularly necessary for the website to function and is used specifically to collect user personal data via analytics, ads, other embedded contents are termed as non-necessary cookies. It is mandatory to procure user consent prior to running these cookies on your website.