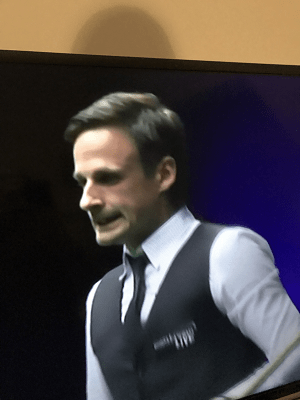 Four players will battle it out for the title of 2020 Matchroom.Live Championship League winner on Thursday.

Ryan Day, Stuart Bingham, Ben Woollaston and Belgium’s Luca Brecel will have the chance to lift the trophy in Milton Keynes at the Marshall Arena, and pocket 20K first prize.

That was the catalyst for Day to conquer the evening.

He told WST: “I am really pleased with the way I played all day,” said Day. “To start off against Judd, it doesn’t get any tougher than that and I really came out of the traps quite quickly. It was a good draw against Dave in the end, and being a Championship League veteran I was trying to do the sums and realised I only needed one frame in the last match there and I was delighted to get the first frame and secure my place in the final.”

“I dropped into the zone as they call it and played lovely and felt great all day. It has been a long time since anybody has played competitive snooker so I think the break might have done me good and given me a bit of a boost. I felt okay with my game in general but I didn’t really enjoy going away and playing, which is strange, as that’s something I have never really struggled for but I think the lockdown has helped me get a bit of that back and I’m looking forward to tomorrow.”

Day’s group was a tough one with not only the World number one in the fray, but also David Gilbert and Barry Hawkins.

An also in form Gilbert, a former World Championship semi-finalist, also nearly cracked a maximum, but broke down on 120 as he missed a long yellow.

It was a plucky attempt all the same.

Your Cue Arm is Dead?

A beginner’s guide to the great game of snooker…

WATCH: How to play snooker (badly)