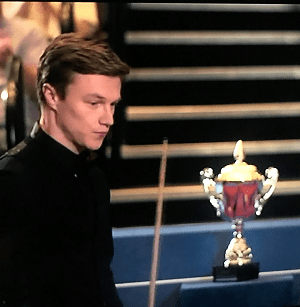 As far back as I can remember, I always wanted to be a…snooker player…

If the snooker film Break was a Martin Scorsese style flick, it would have probably started with those very lines. 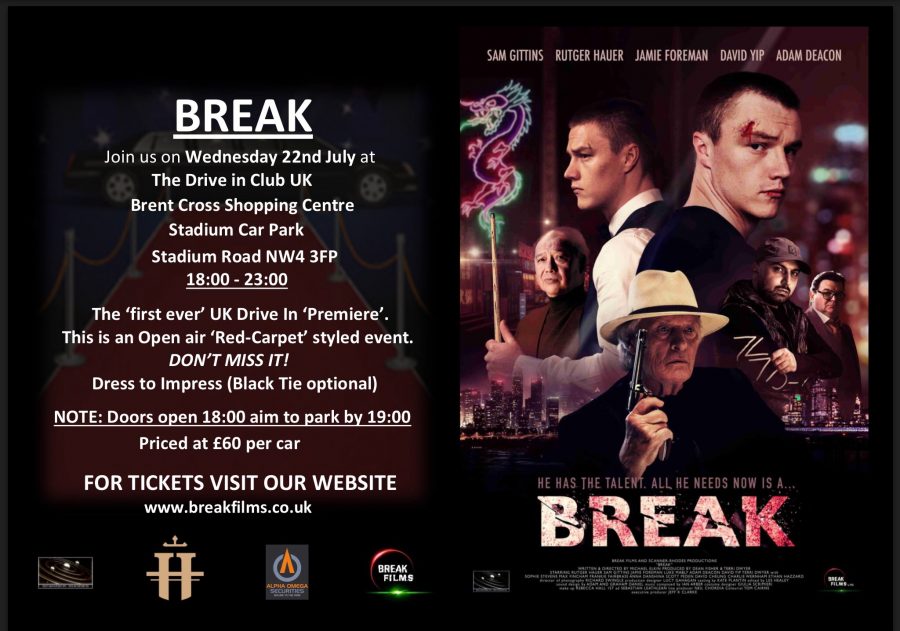 In Goodfellas, 1990, we open with that very defined goal from the voice over of Henry Hill (Ray Liotta), as he introduces us to his life as one of America’s notorious criminals and how he became a member of the mob.

However, in the Break film, we open with a voice-over – as the main character Spencer Pryde (played brilliantly by Sam Gittins) an inner-city kid who has a talent for snooker, waffles on about wasted talent and making the most of it. But what we don’t get is a clearly defined goal of what he’s there for.

That’s the first question we ask as an audience, what does this character want out of his life? This was still puzzling, even at the end of the film. Did he REALLY want to be a snooker player?

As the film progresses, we realize that Spencer is a typical product of inner-city UK life. He comes from humble surroundings on a council estate. He hasn’t got a job, and he smokes dope and owes money to drug dealers.

His father is released from prison (another cliche), and he wants to atone for his own sins by setting his son on the straight and narrow by enticing him to do something with his life – play snooker. Spence has been hanging around the snooker club and is apparently quite good.

Throughout the film, the story felt rather cliched and predictable. We do get the delightful and colourful transition of the contrast between the decaying urbanity of inner-city UK and the vibrant colourful exotic lights of China – a place where snooker is a hotbed – an obssession.

We were somehow expecting when watching that Spencer was going to have that lightbulb moment and think to himself, “yes, I wanna play snooker and play professionally, REALLY.”

Playing snooker for him was just a means to an end.

There’s a subtle twist in the film which stops you in your tracks and makes you think “this isn’t a bad film, ACTUALLY.”

However, when that plot point is dealt with, the film descends back into typical cliche.

Spencer plays in the tournament in China. He has that brief moment where he doubts his own ability and storms out during a match. He’s enticed back into it because, in all honesty, he has to be there because he needs to pay back drug money he owes.

And then we get the typical revival. Spencer plays out of his skin and wins the tournament. And that is that.

And guess what, the ending?

Well, considering the BBC stupidly revealed the ending in a feature during the World Championship a few weeks ago, SnookerZone may as well reveal it. 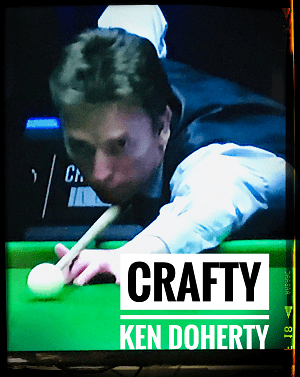 Spencer ends up standing beside none other than the 1997 World Champion Ken Doherty at the Crucible Theatre in Sheffield, who utters his cameo lines…

And there we have it. The cliche ending.

Bad boy comes good and gets to fulfill a dream.

Only, it wasn’t REALLY a lifelong dream of his to walkout at the Crucible. He almost stumbled there.

We guess the point of the film is simple. If you’ve got talent, don’t waste it. And talent can be hidden in the unlikeliest of places.

Some of us just never find it.

As snooker’s first proper film, it was a disappointment. Not only because the story was one big cliche. But because it also felt a bit wooden in places. Snooker films still haven’t grown out of those teenage years yet. They’re still maturing.

Granted. The acting from Sam Gittins was great. The deceased Rutger Hauer, in which the film was his last, owned the screen with his mini menacing performance as Ray. But some other acting was just…wooden.

Snooker players have never really been great actors either.

As a BIG snooker fan, SnookerZone couldn’t help but feel the ending could have been so much better than it was. Too predictable and NOT very memorable – as a film ending for a snooker film. Forgettable.

For SnookerZone, the litmus test for whether a film is going to stay in his collection is simple: How good is the ending? We love film endings. Not only do we appreciate snooker, we appreciate films.

And despite our snooker roots, this film won’t be coming out for a while – if only for a sneaky glance now and then.

It’s up to you if you want to risk two hours just to see The Crucible on screen.

We live in hope in the universe that sometime, someone comes up with a more inspiring snooker flick.

Break is out on DVD now.