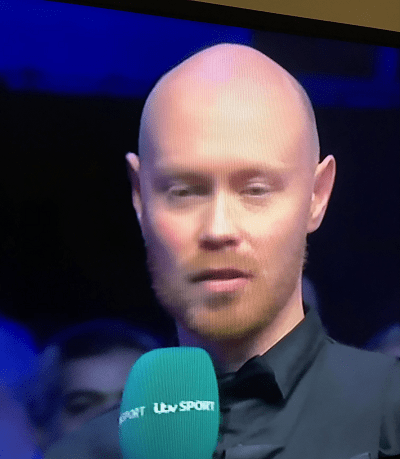 Two of snooker’s top stars have thrown their hat in the ring for the inaugural 9-Ball pool UK Open in London.

2016 German Masters ranking winner Martin Gould and Gary Wilson (pictured) have thrown their hats in the ring for next week’s 2022 UK Open 9-Ball event – the first in London.

Gary Wilson has come close in snooker ranking finals in China and others.

Chris Melling, who has been achieving lots of success on the 8-Ball Ultimate Pool circuit since 2021 has also entered for the event to be hosted at the Copper Box Arena with a 256-person field.

The draw was made today as Gould simply said on Facebook he had entered the event even though he hadn’t played any pool for years and had no expectations and just wanted to give it a try.

Gould will play Tashunka Schultz on day one of the tournament.

It comes as last year, World Championship winner Judd Trump dabbled in a spot of 9-Ball in Atlantic City in the US Open as he wanted to promote snooker over the pond in between playing snooker and it has sparked interest with other players clearly wanting a taste of other cue sports action.

Mark Selby also dabbled back into a bit of 8-Ball last year on the Ultimate Pool tour playing in the Ultimate Pool Pairs Cup before bowing out with his brother-in-law and top 8-Ball legend Gareth Potts due to personal reasons off the table.

Also, the World Women’s Snooker Tour have next season secured a ranking event in America at Ox Billiards in Seattle.

The week in London will begin with a Press Conference live from the Copper Box Arena, on Monday 16, May at 5 pm UK time live on Facebook and YouTube.

The final two days are available on Sky Sports in the UK and Ireland, DAZN in the USA, Canada, Germany, Austria, Spain, Italy, and Switzerland as well as on Viaplay in Scandinavia and the Baltics and various other broadcasters worldwide including Matchroom.Live in relevant countries.

Nineball World No.1 Shane Van Boening heads into the tournament as the newly crowned World Champion and starts his bid to become the first-ever UK Open winner against James Channon of Great Britain

Full draws can be viewed here…

Watch: How to cue better and boost your confidence, QUICKER…