NEIL ROBERTSON scraped over the line in an epic Betway UK Championship final which didn’t finish until 1AM on Monday morning.

The final frame decider lasted over an hour with some tense moments as both players tussled to be the first to clamber over the finish line 10 – 9. 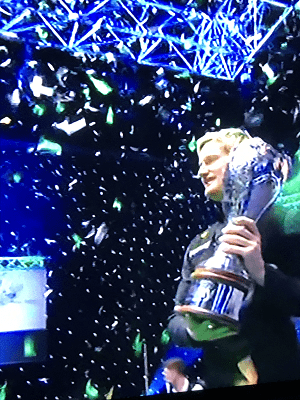 But, in a moment of intense pressure, World number one JUDD TRUMP missed a pink to the right corner which saw Robertson pot with relief, but, even then, the World number three didn’t know he had won the match as both were shattered from the 6-hour marathon.

Neil Robertson told the BBC after that both he and Trump were battling like “gladiators out there”.

He added: “To beat Judd, who is the best player in the world and has been so consistent in finals over the last few years, it’s up there with anything I have achieved before.”

In an honest review of his performance, JUDD TRUMP said: “I bottled it.”

He added: It was an epic battle, it’s tough to take. I bottled it at the end, simple as that.  I had an easy brown to screw back, I tried to stun it as I was under pressure, but I messed it up. The pressure got to me. Neil is an amazing player and thoroughly deserved the win. Hopefully I can learn from that.”

Milton Keynes and the Marshall Arena has hosted some spectacular snooker since the Pandemic hit in March.

The story of the final…

In the afternoon session, it was a slow start as the frames were scrappy, as snooker fans were expecting a barrage of big breaks and free-flowing play from both. But there was never more than a frame between them as they went to 2 – 2 at the mid-session.

The tension came again at 7 – 7 with another long frame in comparison to these two big hitters, But it was yet again Trump who took the lead and then, without hesitation, the Australian knocked in another ton 115 to make it yet another tense finish.

Looking up to the snooker gods…

The final was a far cry from their English Open final a few weeks ago when the last frame was won by Trump in style with a ton after Robbo had knocked one in before. 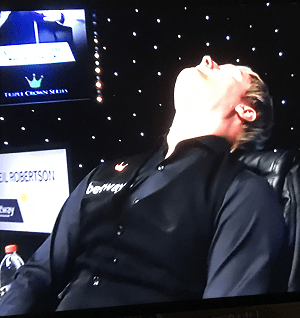 At almost 1 AM NEIL ROBERTSON was shattered, and crashed in his seat, looking up to the heavens in relief in a moment of pure sporting drama – despite being no crowds.

Seven times World Champion Stephen Hendry said in commentary that the missed pink from JUDD TRUMP may hurt him for a while there.

It has been an unbelievable run for the 31-year-old who has managed to reach four ranking finals this season on the bounce and converted two out of the four.