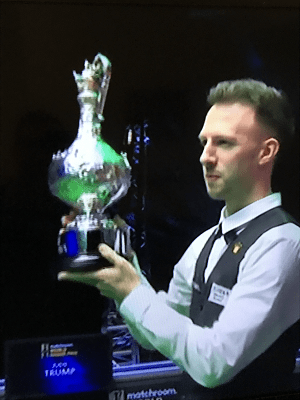 Snooker is back in style at The Crucible Theatre in Sheffield for its 44th year!

After being played in late summer August 2020 due to the pandemic and with modest crowds now allowed into the 1000 capacity arena at The Crucible for the two-week main event, it’s time to, as MC Rob Walker always utters every year, “get the boys on the baize.”

Snooker for the past months has been played out at the Marshall Arena in Milton Keynes and at the venue Celtic Manor in Wales due to Covid-19 restrictions.

The season has been dominated by Judd Trump, Neil Robertson, and, despite Ronnie O’Sullivan being in five ranking finals, the Rocket has yet to win one this season. Yet, he could still be the player to equal Stephen Hendry’s seven world titles if he wins in Sheffield this year.

The sport has already had a revival in the last decade under the shrewd BARRY HEARN and co, and seduces younger viewers and enthusiasts. But for sports betting, is there really so much to say?

First observation: Several snooker variants are listed on the list of betting supports authorised by the authorities. This is the case of French billiards, American billiards, English pool, and snooker. If the document specifies that “the pool phases of the competitions are not authorised betting media”, the said competitions appear numerous: French championships, European championships, world championships, but also the final of the Player Tour Championship, all the French national tournaments registered on the calendar of the French Billiards Federation, and finally all the international tournaments registered on the calendar of an international and/or continental body.

The choice is therefore wide, even if not all operators necessarily take advantage of the diversity of this range. On the other hand, the types of bets authorized remain rather limited: final competition ranking, result of a match between two players, number of medals per country, and finally the number of points of a game or a round.

Ronnie still on top: Can he win a Seventh World title?

He has the look of an Oasis band member, but above all, he has that deliciously British bad boy attitude that gives him that extra edge. In the very hushed atmosphere of English snooker clubs, Ronnie O’Sullivan is as striking for his playing style as for his often irreverent attitude. A tormented temperament which, at least in part, takes on the appearance of a family heritage. He has been on top for years and has had several comebacks. He’s a favorite for any snooker competition he takes part in. The odds are always on his side, but there are always new contenders on the lookout.

The heir to his crown could be Judd Trump, but there are a few more who would like to take his seat as the special one. Judd Trump has won five ranking events this season, and Australia’s Neil Robertson has taken the major title of the UK Championship.

For the best betting, go to:

On these old or new sports betting sites in Ireland, you will find the best betting advice and a welcome bonus that will give you that push in the back you need to successfully start betting on snooker tournaments.

Of all the competitions open to betting, the finest – the World Championships – will be held at Sheffield’s Crucible Theatre from 17th April to 3rd May in 2021. Traditionally the tournament is broadcasted by Eurosport and other big European sports channels, this year’s event will involve a total prize money of £2 million, of which £500,000 will go to the future champion. The event is also sponsored by a British bookmaker, Betfred, and is now known as the Betfred World Championship.

Since 1982, the competition has been based on an almost immutable format: 32 participants, knockout matches, half of the cast reserved for the 16 best players in the world rankings, a second open to qualified players… This qualification phase has just begun. It too is open to betting. A total of 128 players will take part in it with the hope of winning one of the 16 folding seats in play. In other words, a series of just three wins will open the doors to the main tournament.

Qualifying matches, like those in the first round, are played to the best of 19 sets (or “frames”). The second round and quarter-final matches are based on 25 sets. The semi-finals and the final are played with the best 33 and 35 sets respectively. This is almost double the number of the first matches of the competition, which logically reduces the amount of uncertainty for the bettor. One thing is sure, thousands of Brits will be glued to their TV screen to see how the legends are doing and if there will be young blood ready to take the trophy from under their noses.

Ronnie O’Sullivan will play Mark Joyce in the first round on Saturday.