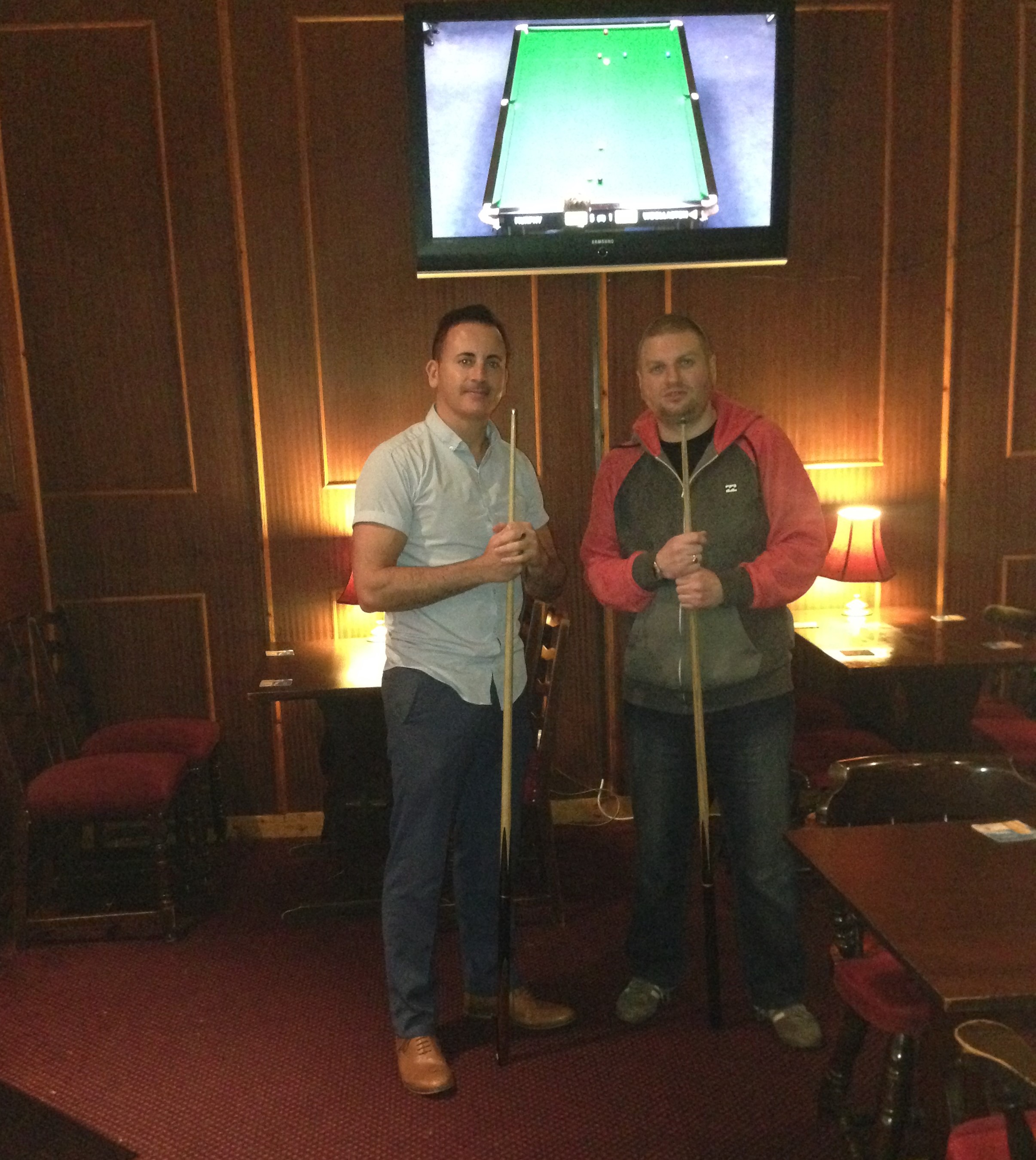 With him on the show was amateur snooker player and founder of the events information website Snookerhub.co.uk Michael Waring, who is also a friend of this website SnookerZone.

The show lasted over two hours as the discussion involved snooker clubs and how they can be improved so that more people can enjoy snooker.

A string of guests came on to talk to Dave and Michael about what they were doing to run their snooker clubs and how they were getting more people into the clubs to play snooker.

There was also interaction from watchers, and, also, SnookerZone got to make some points of his own on the matter, having played in three “local” snooker clubs across a span of some 20 years.

Here was one with Shaun Murphy…

It was a fruitful discussion.

Here are a few points raised by SnookerZone, below.

But first, in business, the no 1 focus on success must be to serve the customers’ need.

In snooker terms, one simple way to find out what a snooker player/customer wants is simple.

You could do this by surveys either online or through paper, but the important thing is to ask what people want from a snooker club.

Not all ideas will be used, but it’s an excellent way to find out what is going on in the mind of a customer.

How to get more customers into snooker clubs to play.

In the webinar, Snookerzone had these suggestions.

To get more kids in, what about snooker club owners asking around local schools, and organizing for one term of the year, trying out snooker in the PE lessons (with the permission of parents, teachers, and a supervised WPBSA coach?

When SnookerZone was at school, his school would organize specific alternatives to the set curricular sports where the local sports club would be booked to introduce the kids to a range of other sports, including gym, squash, badminton, and even golf!

Snooker should be no different.

Or if you can’t, bring two small Star tables or more in for a session and see how it goes.

It could work well with 147 clubs.

To get more people to come to clubs, what about a Tesco loyalty type card?

Each time a player goes back, give them points or rewards (with a certain number of visits ending in a bigger reward for that customer).

The professional tour player David Grace said that the Northern Snooker Centre, Leeds, where he has been a loyal member for years, had been doing that kind of offer, and it was an excellent idea.

One other point on loyalty cards.

It shouldn’t just be a reward for attendance. It should also not be just a run of the mill awards scheme for a FREE drink etc.

It could be for money off a new cue and case set, for example. Or money off future entry to a competition, etc.

The point is, the rewards offer should stand out.

It works for supermarkets, why not snooker clubs?

It stands to reason, but a business should be in the habit of making its customers feel welcome. Many snooker owners, who came on the webinar, said they were in the business of making their customers feel at home at their club.

4) Marketing and advertising the snooker clubs…

You should be advertising the club and getting eyeballs on it as much as possible.

Highlighting the benefits of the club and the advantages of coming.

That means advertising your too good to refuse offer in…

This one is a no brainer…

Given the current climate, that is for SnookerZone, a no brainer!

There’s enough to go around for everyone…

There’s lots more SnookerZone and indeed others could suggest re how to get more people into clubs, but this was just a flavour of the webinar last night.

It was a very insightful webinar listening to owners and what they were doing re their clubs.

We will no doubt revisit this again in the future.