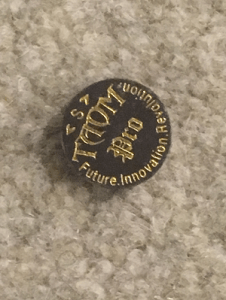 This stylish new addition to the Taom product family comes to complement the incredible Taom chalk version 2.0 which has been taking the snooker world by storm for the past year.

The Taom Pro tip is leather made of 9 layered pig skins and comes in soft, medium or hard. Its size is 14mm.

SnookerZone took it for a test drive over the weekend on the 27th/28th October.

Like Taom chalk, the tip is well presented in typical Taom stylish casing and certainly has that professional feel to it.

It was easy to stick on and trimming off a lot of excess tip was also simpler than SnookerZone imagined!

There are many tips on the market – all with their own pros and cons. Elks, for example, are very affordable but you don’t get to choose the grading. Century Pro tips are by far the best but are a little steep in price.

For absolute quality – and affordability, Regency Pro tips from Mike Henson just have that feeling of a Century but at a very reasonable price of four tips for under a tenner. What they lack in style and presentation they make up for in feel and quality on the table.

The new Taom Pro holds Taom chalk well – and it did seem to get a nice amount of grip on screw shots and topspin shots.

As for pricing, you do get quality with Taom and the Finnish style knows no bounds!

Snooker players generally know when they stumble across a tip that suits their game. You just know.

SnookerZone has tried many chalk tips since reviewing and for him, the best three on the market by far so far are:

When playing, the tip felt quite rubbery at times, but that is probably because we’re used to playing with the likes of Centuries and Regencies.

With Taom products, you’re paying for style and quality – you get what you pay for!

For ease of applying the tip and trimming, SnookerZone rates this tip four stars out of five!

For playability, we rate it four stars out of five.

For style, five out of five!

Discover the power and style of the new Taom Pro tip for yourself: Click here…