The World Championship is days away and here at SnookerZone, we like to find stories to celebrate this festive occasion that lasts throughout April and beginning of May.

Over the years, the Crucible, the venue for the World Championship since 1977, has seen some iconic snooker, but, also, the in the round Theatre of Dreams and its up to 1000 space capacity has played host to some talented fans, either painters, sketchers, graphic artists and other themed talents all with one common thread: to showcase the sport they love and their own talents (of course).

Jimmy Mole, 43, is one such talent who has been on a mission to showcase the talented snooker champions of past present and future in model form.

Already he’s created miniature models of some of the World’s talent, including…

Those are just two of the models Mole has created, and SnookerZone managed to catch up with him for a short interview to find out more…

Naturally, as a snooker fan, Mole grew up with the greats and from the age of nine, watched the likes of Steve Davis, Dennis Taylor, and Jimmy White, and of course, the Hurricane, and his love spiralled from there. He doesn’t play he just loves watching and has been to the Crucible many a time…

Jimmy told SnookerZone how the idea for creating models came about…

“I guess I was looking for a way of combining my design job with snooker and this seemed the ideal option as it was pretty unique. It depends what will happen, it’s out of my hands, it is now on Kickstarter and if it’s something people want they will need to pledge money to make it a reality. They may appear online to buy in the future but they are actually available via KS now! So please pledge!I’ve spent 2.5 years in my spare time – it’s around 120 hours per character I guess from planning to casting. They are made of resin plastic similar to citadel models. I sculpt them on the pc, 3d print a master and then create silicone molds and casts of the master.”
He added on the Kickstarter website: “This project idea came to me in 2016. I was enjoying Xmas at home with my family and, being a fan of snooker I was looking for a way of combining this into my job somehow. I decided right then to make some rough plans and notes  – I then proceeded to start getting those ideas and sketches on my computer, over the course of the next 2 years and 4 months I have spent around 500 hours on the 3 miniatures on my days off, weekends, holidays and evenings etc. The last month I have worked on this project full time and tirelessly to get it over the line and present it to people who will hopefully connect with it and pledge towards the campaign.”

Jimmy said that creating the 1:16 scale models was a challenge, especially the Alex Higgins one because of the amount of detail involved.

“It was enjoyable to see it finished though,” he added…

Jimmy’s models have had some interest already. The 1979 UK Champion and Snooker Legend John Virgo, now 73, said he would like to see a statue of himself in the future.

Jimmy adds: ” A few other players have said its good – but I’m hoping they will pledge money as players are my main target. A £100 or £200 pledge from some players would really help. Some of the top players could pledge lots more money easily for the top reward as it’s nothing to them.”

[bctt tweet=”It was enjoyable to see it finished though” said Jimmy Mole when creating the model of two-time World Champion Alex Higgins…” username=”@chrisgaynor2″]
The fan from Birmingham is hoping that the project gains some traction on Kickstarter so that the models can become commercially viable. He’s banking his success on the Kickstarter based pledge site…

He said: “It depends on the KS success. If KS is successful the plan is to ship to backers and then make each statue available 1-2 months later in shops/online. But if the KS fails there is no guarantee of them ever becoming available as they are still prototypes (90%) done, but I will struggle to find time to complete as I have a family and will need Full-time work should my project fail.”
He added on the KS website: “I feel so passionate about making this project work. I love the idea of creating the rest of these characters so people can collect them, celebrate them and paint them etc. Snooker isn’t given much of a look in by the news and sports channels nowadays and I think it would be good to get it back on the map and pay homage to the skill it takes to play the game.” (We say hear hear to that!)mbo_ 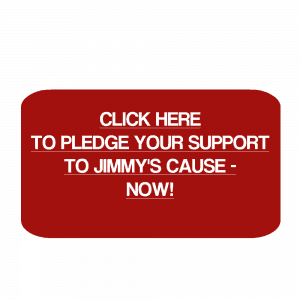