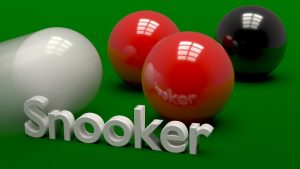 It’s been 61 days, (roughly just under nine weeks since SnookerZone has been in operation!

In that time, the website has interviewed ten snooker coaches in the Coaching Zone. Reviewed some top products in the Equipment Zone, and tested out some top training aids in the Training Zone.

On the Zone blog, we’ve interviewed two great players so far on the World Women’s Snooker tour and the World Disability Snooker tour.

We’ve also covered the Guangzhou Billiards Exhibition to which the website is now featured on their media page. Over the coming weeks (and months) the Zone blog intends to interview more players on the amateur tours.

These include the WLBS tour, the WDBS tour, the EASB tour, and, the World Seniors tour, and any other tour SnookerZone can find. To find out what’s going on on the amateur scene, go to the great SnookerHub, here!

SnookerZone will be reviewing a Training Aid all the way from Australia!

We’ll be reviewing more products for the Equipment Zone.

And we’ll be reviewing some more books including Stephen Hendry’s new book Me and the Table!

In the meantime, read SnookerZone’s new review of the TSF snooker tip, here…