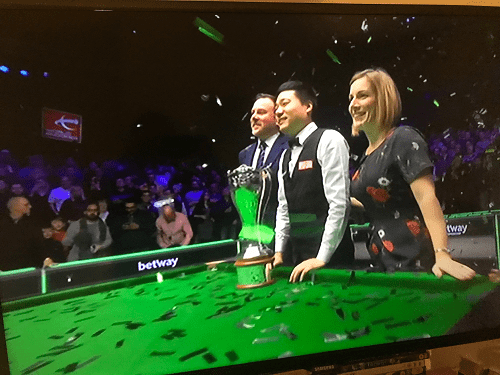 Naturally, with Judd Trump winning the World Championship in May, and then in the 2019/2020 season winning three ranking events, (still much more to be played) the 30-year-old Juddernaut from Bristol is currently on top in this season’s money earnings at 526K.

The other nine are as follows:

John Higgins – The 44-year-old Wizard of Wishaw has yet to claim a ranking title since the 2018 Welsh Open, and is sitting on 30 ranking titles. But, you just never know with John. Despite being in three World Championship finals in a row, you just never know when the next BIG win for John will be around the corner. A good win at the World Cup with his buddy Maguire, and some consistent result, he’s in ninth spot with 178K so far.

Thanks to the CueTracker website for the money stats et al…