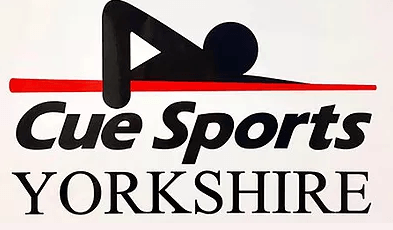 From a 6×3 table to a World Ladies Snooker UK Championship final. Rebecca Kenna has come along way from those days like Stephen Hendry of playing on a small table and dreaming of lifting titles on a 12ft x 6ft one.  And like any young girl or boy, the dream is that little bit nearer to wholly coming true for Rebecca.

SnookerZone caught up with The 29-year-old from Keighley in Yorkshire on her current performance in the WLBS UK Championship, Kenna, who has also been a Personal Trainer since 2010, told of her delight at beating 11 times World Ladies Champion Reanne Evans in the last 16 stages.

To Win, You Firstly Need to Believe You Can Win

“I’ve reached a few semi-finals now where you would usually meet the number 1 or 2 seed so I’ve had a lot of experience against them. It’s important to believe you can win a match before you play it. Otherwise, you’ve lost before you’ve started. I’ve been guilty of that before in my 1st season of playing and only near the end of the 2nd season did I start to feel I was capable of competing with the top players. So this season I now have the belief I can win tournaments.”

“It was a very hard match against Reanne, I managed to keep her cold early on to take the first 2 frames but then she showed her class, even though I was ahead in the 3rd and 4th frame she came back twice from needing snookers to make it 2-2 with some fantastic clearances which I would have thought would have been filled with pressure but she showed tremendous bottle to come back and win them. I held my nerve and I managed to get a lead in the decider although it was very close and took the match on the blue. My safety game and long potting got me through the match. In our last encounter, Reanne made 2 centuries against me so I was determined to keep the game tighter and not make silly mistakes. I knew there would be more difficult matches ahead with Mink and On Yee so I didn’t get too far ahead of myself, just 1 match at a time.”

Since opening her Cue Sports shop Cue Sports Yorkshire, and also passing her WPBSA coaching course, Rebecca has been keen to pass on what she has learned playing on the WLBS tour and is keen to get juniors and more females enjoying the game and who knows, one day, the next World Champion might be a lady?

Kenna has one top piece of advice for anyone wanting to improve their game – when asked by SnookerZone what training product she would create – and she’s no doubt seen lots of them through her association with setting up Cue Sports Yorkshire, she confidently said:

” I think there are already loads of coaching products out there. I believe it’s feedback people need the most – what’s going wrong, why did that miss, what needs correcting? So I believe having a coach is the most important product/service you could have to improve your game. Even if it’s just for one session. A good coach will analyze your weaknesses and steer you in the right direction.” (See the 10 top coaches that SnookerZone has interviewed so far in the Coaching Zone).

Give Your Daughter a Snooker Cue: She Might Fall in Love with the Game!

On how she thinks the WPBSA/WLBS are doing in promoting the ladies game and indeed getting more women into playing and enjoying snooker, Kenna said she thought they were doing the best they could with the resources they have.

“I believe others could do more to help promote the ladies game. From local clubs letting women in to play the game, local leagues supporting and encouraging females to participate, governing organisations putting on more female events. Funding from the likes of Sport England so our game can grow. Players and coaches, encouraging more females to pick up a cue. Even parents. Show your daughter how to play, she might fall in love with the game and be a champion one day!”

In 2015 Rebecca was hit with a tragic setback. Her father died tragically of terminal cancer, and she also couldn’t play football because she had dislocated her shoulder. Her father was her best friend and snooker partner as they played a lot together. However, she dived into snooker as an escape and found from google that there was a ladies tournament! The rest is history.

Kenna knows what she’s got to do to win tournaments – and that’s take what she does in practice into the match arena and believe which she now feels she is doing. She’s almost there!

She gets on well with most of the ladies on the WLBS tour and particularly 16-year-old Shannon Metcalf, who is her doubles partner and who won the WLBS UK Championship Challenge Cup.

“I hope to one day open up a snooker academy when I get too old to do PT.”

SnookerZone wishes Rebecca well on the WLBS tour, in her coaching and her enterprise at Cue Sports Yorkshire.

Do you want to put your passion and love of playing into action on the WLBS tour? Then check out the WLBS by clicking the image link below…

PS: Are you a player on the WLBS, WDBS, EASB or any other amateur tour and would like to be featured on the site? If so, email info@snookerzone.co.uk and let’s see how you might fit in to the set up….