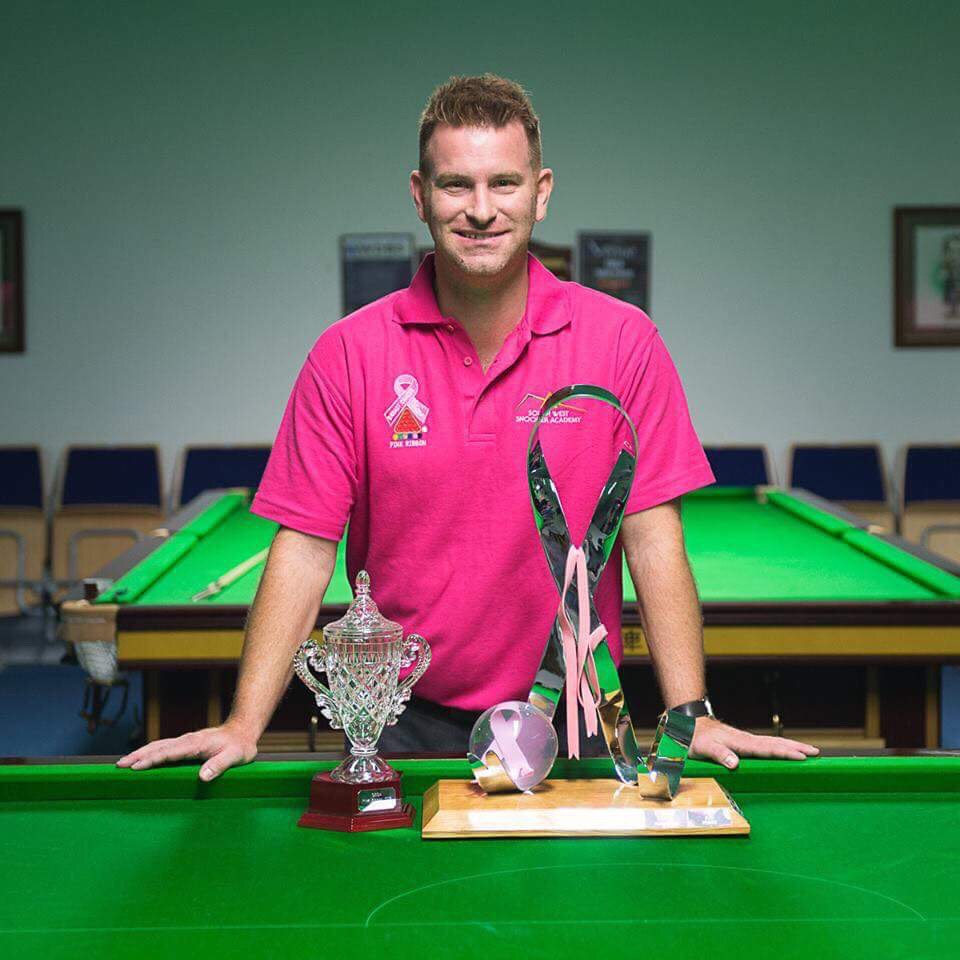 Norman, 38, defeated the new 2018/19 professional Harvey Chandler in the final 4 – 2 to claim the ninth Ribbon event previously won by the likes of Stuart Bingham and Ronnie O’Sullivan.

Norman wrote on Facebook after the win: “I’m so proud to win this event. I played my heart out and played some serious good snooker to fend off the quality opponents!”

He added: “I beat Harvey Chandler and he put me under so much pressure. I’ve never seen such quick-fire scoring!”

It was a Pro-Am which included the likes of two-time ranking event winner  Dominic Dale, vying to be the second Welshman to win since Jamie Jones won in 2016, and the 2017 winner Robert Milkins, who very nearly was on course to make it a double in the event this year by reaching the semi-finals.

Norman lost out to the now new professional Joe O’Connor in the English Amateur Championship in May (see a report here), but the manager of the Gloucester club has now got his hands on a trophy this year.

Due to his managerial duties at the club, apparently, Norman doesn’t get his cue out much so SnookerZone heard when he was there in May at the EAC finals weekend in 2018.

Norman said to me in a short online chat: “I played very well during the event much the same as in the English Amateur Championship. The difference this time was in this final I held my game together under the pressure to win. All the matches were tough and the scorelines flattering. I potted a lot of pressure balls at crucial times.”

He added; “Very happy to win the Pink Ribbon as I’m the first amateur to win the event and join some very famous names on the trophy. Also, to win the SWSA’s biggest event is incredible as it is now a worldwide known event in snooker. Even though it is not a World Snooker event!”

Norman said when asked he is not intending on trying to regain a Tour spot due to his career at the Academy and family commitments, but said he would happily play in one-off events if invited!

The Pro-Am, now in its ninth year, raises valuable funds for the Charity Pink Ribbon and Breast Cancer – a worthy cause.

A flurry of tons were made (8 in total) during the 64 man event which saw 14 professionals enter in total.

Norman is a former professional who reached the final of the English Amateur Championship in 1999 and 2018 – and in his pro career, reached his highest ranking event in the last 16 of the 2005/2006 Grand Prix with a highest ranking of 42 in the world.

Well played to Andrew Norman from all at SnookerZone.