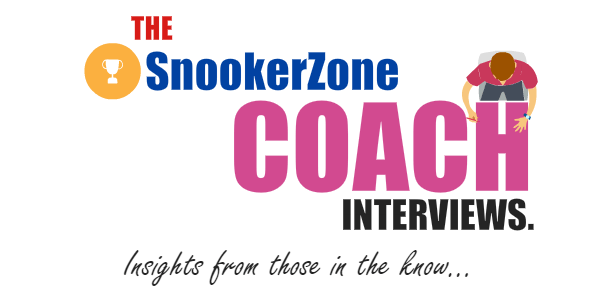 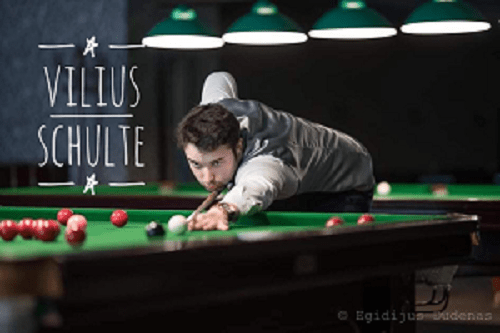 The 26-year-old European coach, with 4 Lithuanian Snooker Championships to his name, who mainly coaches in Lithuania and around the world online, said that eventually, the traditions of the game such as the outdated dress code need to change.

He’s also co-founded the Lithuanian Snooker Academy for talent to emerge from the country.

Recently, at the Betfred World Snooker Championships 2021, Judd Trump had said that the game was stuck in a rut and needed reforming.

The World Number One’s comments sparked huge debate among the snooker elite about where the game was and is going.

Coach Schulte said: “Sooner or later, some snooker traditions should be changed. The young generation likes fast-paced content with entertainment, so making snooker sexier would be more appealing. Some shouting crowds, a bit more flashy dress code where players can express themselves more. Snooker needs not only great characters but charismatic personalities, which the audience can relate to feeling them. People need to watch, think and talk about them to spread the snooker virus globally. With the current social media presence, it could be achieved pretty quickly.”

Vilius has his own Youtube channel Snooker Pro Club and enjoys talking about the top players’ cue actions.

He also has recently promoted some training gadgets like (STR8AIM), which he believes will have a good impact on players’ development. In the soon future, he has plans to make training programs for coaches.

He said that he first got into snooker when he watched a match between Stephen Maguire and Ronnie O’Sullivan in 2004 at the UK Championships and was hooked before he started playing pool. He then started playing snooker seriously in 2010.

He added: “In the past, I admired people’s champions (Alex Higgins, Jimmy White, Ronnie O’Sullivan), you know, usual. Charisma, Aura, Fast pace, risky shots, creativity, some antics on and off the table.

“But the more knowledgeable I get, the more I admire other parts of the game like concentration, determination, tactical knowledge, patience. Selby perhaps is the best example I can think of. Maybe most vital all-around game with no apparent weaknesses.”

He added: “I believe you always need to learn new skills, watch and absorb top players, coach a lot to get a reference experience so you could easily spot blind spots and correct them. I also believe a coach should make coaching sessions beneficial and fun, and engaging to keep motivation levels high. Snooker is a mentally brutal sport, so psychological support from the coaches is significant for the players’ development and keeps loving the sport. I believe snooker is not only a sport, it is an art. A great coach should be able to be creative and think outside the box.”

But for Vilius, snooker’s big issues need sorting if the game is to spread like a virus globally.

He said: “I believe if snooker got at least 3-4x more sponsorship, lot’s of great promotion could be done like:

I think with more resources we can reach more people and make the sport more attractive.

Also, snooker is not an Olympic sport, so our national sports department does not take it seriously.

But he also said that in order for cue sports to be promoted better around the world, you need these key ingredients.

Like Vilius, we all know the problems snooker has. What with the many activity choices kids have nowadays and the rise in technology that can make kids stay in and addicted to TV and video games, snooker needs to fight even harder to grab the masses.

AND it needs to change. Adapt. And cater to people’s low attention spans!

Also, there are not many amateur events or PRO AMS for people to play in nowadays so now players are paying lots of money to gain experience at World Snooker Tour’s QSchool,  currently into Event Two, because they can’t get the experience elsewhere.

Vilius added: “Pro Am events should happen all across Europe and Asia. That is probably the most challenging task because it requires private sector involvement and some generous sponsorship. Why for investors invest money into events that have weak TV coverage or low viewers numbers. They can’t promote their products or services out there, which means less likely to generate revenue with profit. To this question, I know the problem, but not yet I have answers, so I need to think through more.

Finally, Vilius recounts a tale of when he first “dressed up” for a tournament snooker occasion.

He said: “When I played my first ever event, I didn’t take notice to the tournament’s dress code, so I dressed casually like any other day back when I was 15 years old. In the first match, I play against a good player. He specifically didn’t care, so it was ok, but other guys were starring at me with angry faces and complaining to organizers about my dress code for cheating.”

He added: “A delightful way to welcome first-time players :))). The tournament organizer asked me to change the cloth or otherwise, I can’t play anymore. So I went to Humana (cheap used clothes store) and, for few pounds, bought clothes that suit dress code guidelines, but I looked homeless guy from the party, to be fair, so it was a little awkward:)). But I had an excellent tournament and was mentally strong enough to keep up afterward. Great great memory!”

Thanks to Vilius Schulte for his time in talking to SnookerZone and sharing his views on snooker in the 21st century.

In the UK, it will soon be Coaching Week 2021. Find out how to get involved: 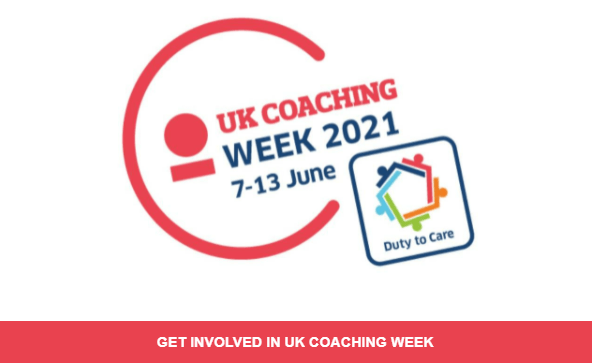