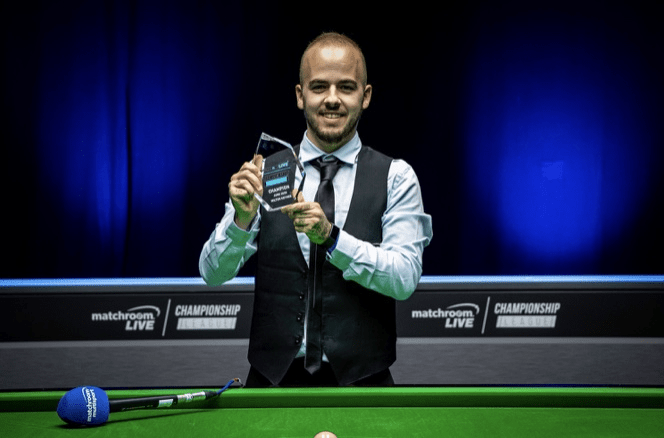 The Belgian Bullet Luca Brecel fired in a surefire performance on Thursday to claim the first snooker title since the UK was put into lockdown on March 23rd.

With 116 people all being tested negative at the Marshall Arena in Milton Keynes over the 10 days, it was time for 64 players to get back to shining on the table in the 2020 Matchroom.Live Championship League.

Brecel started strongly in his first match of the last day of the final group with two tons. It was the catalyst for a sweet victory against some top-notch opposition in the likes of Stuart Bingham, Ryan Day, and Ben Woollaston.

Snooker led the way in sport in life’s new normal…

Brecel told WST after his win: “Most of the time I am pretty cool under pressure but this time I was very nervous, I was shaking on every shot. As soon as I got to 50 or 60 I knew I wasn’t going to miss any more but before that it was a struggle. Maybe it didn’t look like it, but it was.”

Brecel’s win assures him a place in the Champion of Champions in November as well as pocketing 30K from this event.

He added: “It is massive to get into the Champion of Champions and that made the final that bit more special, knowing that the winner would get in. That’s a massive bonus for me and I’m really looking to that already.”

Ben Woollaston, who also produced some fine form throughout, managed a 141 in the final group.

Snooker led the way on June 1st with its emotional return to ITV4 and the sport has done the nation proud with the efficiency of all the staff and the measures that were put in place to make the event run smoothly.

There was some great additional features such as the top-notch commentary from former World Seniors champion Peter Lines. Fans were impressed.

One said on Facebook: “Peter Lines belongs in the commentary box. He is first class.”

However, despite most enjoying the snooker without there being an audience, one fan added: “Struggling to get into the snook as lost something with no people there but glad it’s on. Not the same, though.”

Former Masters Champion Alan McManus was doing some fine commentary on Twitter informing fans on what was going on during the group matches.

Snooker continues to lead the way in life’s  new normal with the Tour Championship being held on Saturday June 20th at the same venue where eight players will battle it out for a big prize of 150K.

Ding Junhui, though, will not be in the fray as he has withdrawn from the event. He will be replaced by Stephen Maguire.