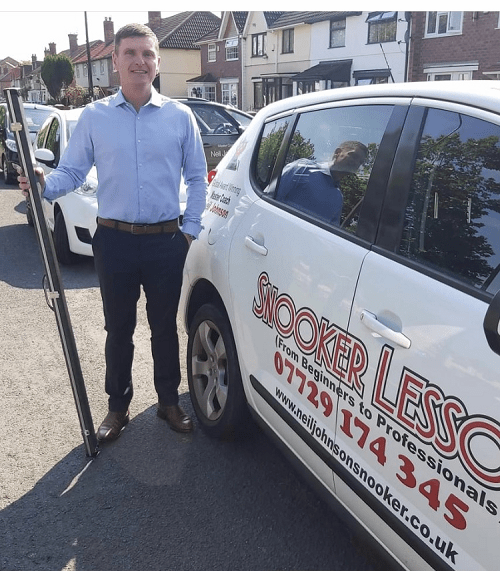 LIVERPOOL COACH Neil Johnson has returned from three days from the EPSB’s second weekend of action since the coronavirus pandemic struck in 2020.

It comes as some of his hottest young prospects will cue up in next weekend’s EPSB Finals weekend.

He was there with talented young prospects and recent professional rookie Sean Maddocks.

Last weekend saw the return of competitive play in many of the junior and young adult categories, but it was also time for Coach Johnson to go on the road with one of his talented players, one of the recent new faces on the World Professional Snooker Tour, Sean Maddocks.

READ ABOUT HOW PEOPLE RATED STAN’S QSCHOOL HOPES IN 2021,HERE…

Sykes made a 71 in defeating Mitchell Berry 3-1 and then eliminated Riley Ellis 3-0. In the area final, Sykes constructed efforts of 50 and 73 as he recovered from 3-1 down to deny Aidan Murphy 4-3.

And, finally, in the Under-21s, the 2020 World Snooker Federation Junior Open finalist Maddocks can also etch his name on the prestigious English under-21 snooker championship trophy – a piece of silverware won by Kyren Wilson in the past.

Maddocks produced a 71 break on his way to dispatching 2019 English under-18 and 6-red champion Jenson Kendrick 4-0 in the first round. A comeback from 2-0 down and a deciding frame was required to defeat Manasawin Phetmalaikul 4-3 in the semis before seeing off Pullen 4-1 in the area final.

Said former professional and now top coach Neil Johnson on Facebook of the 19-year-old’s performance over the three days in the Northern Snooker Centre in Leeds: “This is a teenager who has achieved some fantastic things on the worldwide junior and amateur circuit and he’s now simply earning his stripes on what I believe to be the toughest tour in sport. No more, no less.”

He added: “I’ve said it before, but for me, 25 is the new 18 in the modern game, and if any of these up-and-coming prospects come along and are performing anything like a top player by the time they reach their mid-twenties they are in a very select bracket and should be immensely proud of themselves.”

Of course, in the “golden age” of snooker, players such as Stephen Hendry had won the World title by the age of 21, and Shaun Murphy had won in 2005 at the tender age of 22.
It’s taken Judd Trump well into his twenties to win his first World title.
He is now 30 and dominating the game as World number one.
But with so many outstanding players now both in the amateur game and on the pro tour, coach Johnson is certainly on the money where the age to earn your stripes is increasing and you are unlikely to see that trend decline soon.
Will there ever be a player like Hendry to win a World title by the age of 21? It’s doubtful?

The English Association of Snooker and Billiards Finals Weekend will take place next week on Saturday and Sunday the 7th and 8th August 2021.