For some players, life can be a delicate balancing act. Juggling work, personal life, and, doing what you really want to do – play snooker as a pro.

And for 33-year-old ex-pro Fraser Patrick, life has been exactly that. He reveals how tough it can be making it as a snooker player, both as a pro, and, an amateur. In between the grueling practice sessions, come the grueling day/night shifts at work, just to be able to chase the dream of being a snooker player. It’s not all a bed of roses.

I play in the Red Triangle Snooker club in Cumbernauld now, I don’t play full time but to be honest I never have, I’ve always played around work and still do, maybe I’d have done better if I did play full time but I’ve never been able to afford it so even when I have been ‘pro’ I have still been working 4 or 5 days/nights a week whether it was behind the bar of the snooker club or now I work for Amazon. To be honest, the worst thing a snooker player could do is work in the club they play in, i did it for about 10 years and half the time I didn’t want to play cause I felt I was never out of the place. Yes, I will be entering q school, I won an event in Breakers snooker club in Leicester last weekend where the winner got the £1000 entry for the q school so I’ll be playing a bit more than normal hopefully to get in decent form for that.

Scotland has always been a hotbed for Scottish talent. Still the likes of Stephen Maguire, John Higgins Graham Dott and newcomers Anthony McGill are leading the way for team Scotland.

But there are also some younger talents coming through which Patrick explains later. However, this week, he’s lucky enough to be practicing at the new facility frequented by John Higgins and Stephen Maguire in Glasgow.

He adds: “I practise when I can roundabout work, if I have a period without tournaments I literally won’t play and will just try and work more really. When a tournament is coming up I’ll probably start playing properly a few weeks before it and be playing well by the time of the tournament, Q school though I will start now and was told today it’s 53 days till it starts, if/when I get back on the tour I hope to make enough money quite quick that I can afford to stop working and actually play full time. Will be interesting to see how I actually get on playing as much as the other guys on the tour.”

Patrick has had a few coaches in his time but hasn’t got one at moment, however, he explains his previous coaching experiences.

I went to a man called Eddie Gill for a while when I first started playing quite seriously but he passed away around 16months after I started going to him. A few years later I was struggling and went to another called Richy MacDonald who was a world snooker coach, might still be, I saw him for maybe 2 months and then won the first of my 2 Scottish amateur championships, he helped me as well during my first time on the main tour. However when I came off the tour first time I stopped playing, never picked up a snooker cue for 3 years.

When I was on the tour last time I was doing well then was in a car crash after a month off the season and I missed around 4 events cause I had badly hurt my shoulder, even when I got back playing it just felt wrong, as if it wasn’t in the right position, because of this I went to see Chris Small who helped me but some of the changes he tried to make I didn’t feel great about and I never won a game for the rest of that season which effectively put me off the tour.

He said recently he was having coaching off of Stevie Baillie who is an accredited SightRight coach and also a world snooker coach, he wanted to try the SightRight methods and although it helped in certain areas of his game he didn’t feel he did it often enough to to get the full benefits of it.  Between Stevie having his own business and with Patrick working, holidays and some other stuff they were maybe only getting together 2 or 3 times a month which is nowhere near enough to get it drilled in like it needs to be.

Patrick added: “For serious players willing to strip their games apart and relearn what they know about the game then SightRight is definitely worth a go, some of the things it shows you are unreal, it can show you stuff I don’t think any other coach would be able to.”

On Scottish talent coming through, he cites a couple he has heard of…

“I do know one called Liam Graham is a good weekend player and is only 14 years old, he played recently in the snooker shootout . Good wee technique and confident player! Another young boy that plays in the tournaments in the Red Triangle on a Sunday night is Sam McKay, he is younger than Liam I think but has good technique too and goes to ex-pro Jim Donnelly for coaching so may turn out good. Those are the 2 that I know of who may be good in future, of the slightly older ones I’d say Dean Young, he has started doing well recently in the amateur events and if he continues to improve could hopefully do something good.” Look out for those names in future!

Patrick is not a good flyer – despite the fact the tour players now travel everywhere and anywhere. However, he says his flying fears are improving. He recounts:

A few years ago I went to the Bulgarian PTC event, I flew with John Higgins and Marcus Campbell but we flew with Turkish airlines so had to go to Istanbul and then back to Sofia, on the flight to Istanbul we played cards the full way but as we were coming into land we were over the sea turning at a steep angle to line up with the runway when there was a loud bang and the plane lurched from its turn angle to the opposite side and most on the plane screamed! I am not the best flyer so I was in shreds, we got on the next flight to Sofia and I was shaking that much still that I couldn’t hold the cards so I had to leave it till we got to hotel. I played Ian burns the next day and lost 4-3.
He added: With the thoughts of flying again still in my head I phoned my sister straight away and asked how I could get home without flying, it’s around 3100km from Sofia to Glasgow over land!I found that I could get the train to Amsterdam and get the ferry to Newcastle, so that night I set off on the train from Sofia to Belgrade, then to Zagreb, Zagreb to Munich then to Amsterdam, this took around 2 full days and nights I then had 50 minutes to catch the ferry to Newcastle, somehow I managed all this and got picked up in Newcastle by my sister the next morning, I think I got home at around 2pm on the Saturday and my flight was due into Edinburgh at around 4pm the same day so to avoid a flight I had travelled for 3 and a half days to avoid a 4 hour flight, sounds crazy but that’s how bad I was flying at that time!

Since then, Patrick says he has flown to China and India and his flying fears have improved. He hopes to be flying high on tour soon…
Finally, how did Patrick get into snooker?

He says: “Supposedly when I was a baby I used to love if the snooker was on the TV and would run over in my baby stroller to get as close as I could to the TV to point as the balls were being potted. I got a small table for Christmas I believe when I was 4 years old then got a bigger one when I was around 9 but only went maybe 2 times a month to play in a club in Glasgow city centre called Reardons where my mum used to take me. Once I was around 12 or 13 I went to a club called the Craigpark Masters snooker club which was in denistoun in Glasgow to play in the weekly handicap tournament, my first time there I played Mark Boyle who at that point was Scotland number 1 u18s player, he gave me a 60 start and beat me quite easy, I remember drawing him a couple of times in maybe the first month of me going there. He was coached off a man called Eddie Gill who watched our match one night and approached my mum saying he could see I had talent and could be a good player and if I was ever interested in basically being a good player to give him a phone, once I decided I did want to be a good player then I contacted him and that got me on the road to being a snooker player.”

WATCH a video of Patrick playing in QSchool 2018 against new pro-Andy Lee.

Thanks to Fraser for his time in talking to SnookerZone and good luck in QSchool later this year after the World Championships.
Seeking a coach? Meet one here, below… 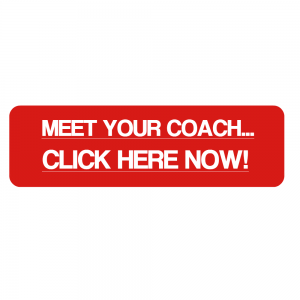