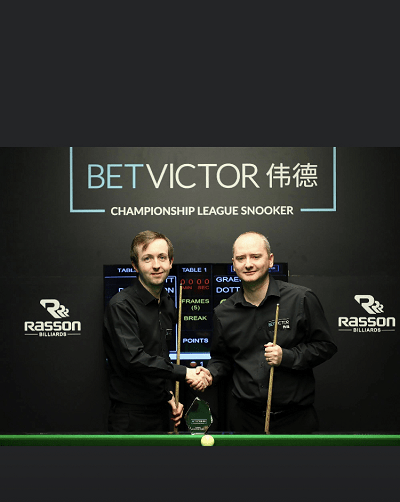 He defeated former 2006 World Champion Graeme Dott in the final and tweeted:

Absolutely over the moon 😃 I’d just like to thank @EmFrazer and all the team @matchroomsport for looking after the players so well during the event. 👍🏻 pic.twitter.com/u2ZwL7pMwg

The Championship League has been previously held by the likes of Judd Trump, a three-time winner, Martin Gould, a two-time winner, and Joe Perry, who won the inaugural event in 2008.

Donaldson bagged 10K and also spots a place in the 2020 Champion of Champions in November.

Although the Championship League is not a ranking event, there are still tons of future bonuses for Donaldson on offer.

Winning a title breeds confidence and although the Scot has managed to get to semi-finals of ranking events in the past, winning a title can only give the talented young Scot the confidence to progress further and claim an elusive ranking title.

Like Michael Holt winning the Shootout (a ranking event but previously wasn’t), this might propel Donaldson into greater things.