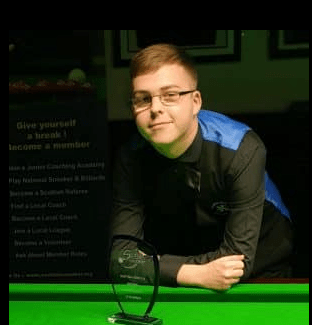 AFTER  a marathon three weeks at QSchool, the 14 professionals for next season have been decided.

The majority who have qualified for the 2021/2022 season are either relegated pros who just left the tour, or ex-pros who have jumped back on the tour within the last ten years.

However, 19-year-old DEAN YOUNG is the only player not to have been a professional previously and will be joining the tour as a rookie.

Young comes in with high expectations from a wide range of people.

Former professional Chris Small, and now a top-class coach, wrote on his Facebook page when he heard about the news that young Young had scooped a tour card:

“I haven’t coached this kid for about 1 and a half to 2 years but I can’t explain how proud I am of him getting his 2-year pro tour card today. Some tough matches today but breezed through them. Trust me, Dean can pot the balls off the chandeliers but just needs to refine a few things in his game and he can be so dangerous on the professional circuit. Well done again son, spoke to your dad today and me and you will meet up and have a very important chat about you going forward.”

Young blasted his way onto the WST by defeating another talented player Haydon Pinhey 4 – 1.

The Scot rookie hails from the Locarno Snooker Club in Edinburgh and they also wrote on the Facebook page:

They added: “All said it’s been an overall success for Scottish snooker players claiming two of the twelve spots available against opponents who dropped off the main-tour and the best amateurs from all over the world.

QSchool 2021 saw a range of ages entered as former World top-five player Tony Knowles decided to give QSchool another try at 65. He started off well in his first two matches but didn’t quite have the steam to go all the way.

Young 14-year-old Stan Moody, who SnookerZone had featured prior to the three QSchool events gave it a good go but wasn’t able to get onto the tour this time.

His time will come, though.

Many of his supporters are reminded of a young Shaun Murphy.