For those players caught in a slump: Try this… 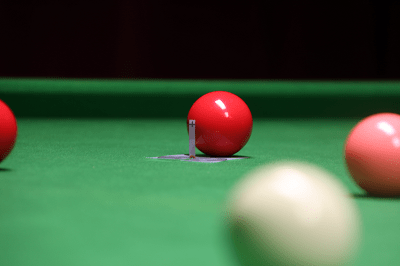 So, I’ve been losing confidence in potting balls lately, and I just don’t know why.

Snooker can frustrate you at the best of times, but when you lose confidence in your game, it can really get you sometimes!

When this happens, you think, what am I doing wrong? Even though you seem to do everything they (coaches) have taught you right, it still seems to go wrong, right?

You just feel like jacking it all in sometimes, don’t you.

You must get that feeling, eh?

And other than going back to basics, such as making sure you keep your head still and deliver the cue in a nice smooth action, you still get that frustration.

When my confidence REALLY slumps, I pot a few balls CAREFREE with this handy training aid.

Sometimes, just thinking less and having a bit of fun can actually help you calm down and take the stress out of learning.

Two ways to boost your confidence in your game…

There are lots of ways you can BOOST your confidence in this game if you’re in a slump.

For example, one way you can build confidence back up is to pot balls with your eyes closed and feel how you’re delivering your cue.

But, if you want to make it even more fun, and make it less pressurized, then check out this…

Heck, even close your eyes, AND use this if you want. How fun would that be? 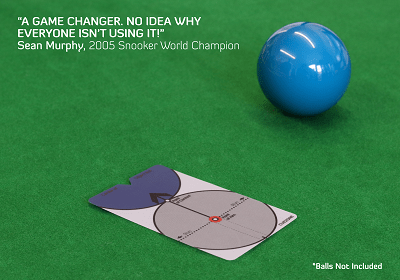 Discover the Simple and Handy Way to Boost Your Snooker Potting Skills AND Confidence – from Anywhere!

Take Rob Reed’s Ghost Ball Potting Aid for Snooker for a Spin Easily with You in Your Pocket, Cue or Ball Case…

Not only will this get you potting more balls, but it’ll also give you the confidence to make bigger breaks and even win frames AND matches!

Maybe you’re coming up short in frames because you’re not potting confidently. The more balls you pot, the more confidence you get right? The more frames you win the more matches you’ll scoop!

Just think, next time you’re in that league match, you’ll be thanking the lucky stars you practiced with the Ghost Ball Potting Aid because it gave you the confidence to pot more balls in matches and score higher points than your opponent! That means you have the potential to win! Become a winner – now!

What is the Ghost Ball Potting Aid?

This pocket-sized simple tool is the size of a playing card and based on the ghost ball theory in snooker.

What is a Ghost Ball?

A ghost ball is an imaginary ball in front of the object ball and a player must hit that ball at a certain point on the ghost ball for the object ball to go where they want it! In the pocket! The Ghost Ball Potting Aid is based on this theory.

How it Works: 2 Easy Steps

The tool is simple: On the card, there is a red area. 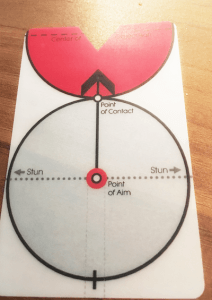 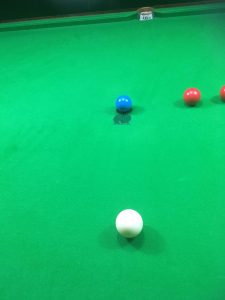 It all comes down to how you cue the shot.

Most training aids require you to have a good solid cue action first, so it is important to work on that aspect of your game too!

There are four advantages to this training tool and they are:

1)     It’s simple to use. There are no bells and whistles with this! It’s a plug and play type tool. Heck, you don’t even need a snooker table to practice with this! Set it up anywhere (a dining room table), and you’re good to go.

2)     It’s small and lightweight. Because it is the size of a playing card, you can stick this tool in your pocket, your snooker cue case, or your ball case. You can carry it around while you travel and then when you feel like practising with it, whip it out!

3)     Easy to set up. There’s no complicated gadgets or software devices or anything like that with this tool. It’s a good old-fashioned training tool which you need no technical skills to get it to work!

4) This tool gives beginners like you the confidence to pot balls so you can move on quickly to practising other parts of your game such as break-building! You’ll feel more confident once you’ve had a few sessions with the Ghost Ball Potting Aid! 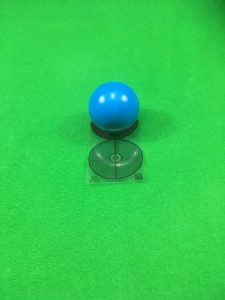 Who is Rob Reed? 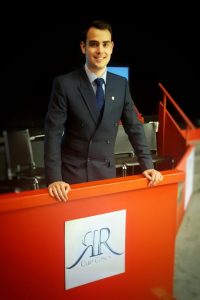 Rob Reed (pictured) is a WPBSA coach (see SnookerZone’s interview with him here)  who have used the product for a few years with his private students and it has helped many boost their potting skills. He also has a business making bespoke Cue Cases and has created products for top players such as Dominic Dale.

“The ball potting aids are a great help for players to learn basic potting angles. It can be used anywhere around the table and is straightforward to set up. I would recommend it to any coach as well to use with pupils during coaching sessions.”

I took this product for a whirl over the weekend and was impressed with its simplicity (click to see video below). Once I got into it, I potted balls freely and at one point even forgot I was using it!

SnookerZone said: This product gets you to train your eyes to understand where on the object ball you need to hit to pot the ball!

This was useful with long potting! The Ghost Ball Potting Aid also teaches you the specific area near the object ball where the cue ball will meet for the ball to go in the desired direction you want.

Although Rob Reed’s product isn’t as detailed as the Aim Frame, it is much simpler to understand at first and easier to set up (initially). However, the Aim Frame has much more detail on the four most important angles in snooker you need to understand recognising those angles on a snooker table.

If former World Champions are using it and loving, then you can too!

He means this. It’s an excellent sighting aid that I’ve started using created by @RobReedOfficial. Mark’s too embarrassed to ask for help. That’s the difference pic.twitter.com/D8HupLXZ7Q

For the price of a coffee and panini lunch, you’ll be confident in potting more balls way before dinner time comes!