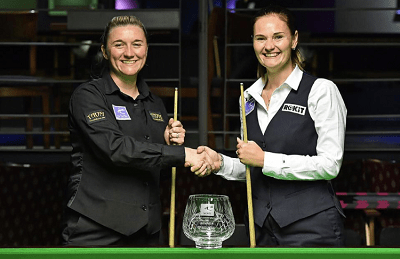 After at least 16 months of Covid restrictions, the UK Women’s Championship, the first ranking event in the 2021/22 calendar saw Reanne Evans claim her 10th UK title at the Northern Snooker Centre, Leeds.

The 35-year-old Dudley cueist made waves last month at the British Open in her first season as a World Snooker Tour professional as she took on her former partner Mark Allen and almost caused an upset.

In Leeds, it was familiar territory for Evans, as she took on World number four Rebecca Kenna in the final and smashed it 4 – 0.

Kenna had the high break of 81 in her close semi-final clash against Emma Parker to get to the final.

There were notable achievements for the likes of Connie Stephens, whom SnookerZone had interviewed prior to the event in Leeds. 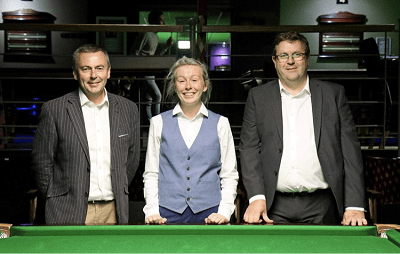 She lost in the last 16 to Reanne but after she said on her Facebook:

“The UK Championship was a great weekend and amazing to see everyone again. Unfortunately, I lost in the last 16 but can’t complain as I lost to the World number one and it was a great experience to play her, and I will learn from it and go and practice after this and hopefully come back stronger.”

Jamie Hunter, another SnookerZone interviewee prior to this event, also lost in the last 16 to Rebecca Kenna.

But she had great success winning in the Challenge Cup.

In the Seniors event, there was a success for Michelle Brown and the Under-21s saw Steph Daughtery defeat Chloe White.