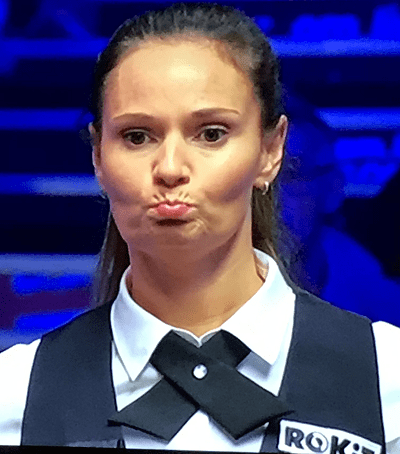 The World Women’s Snooker Tour could be going to the United States of America in the next 12 months.

With expansion of the women’s tour in Asia, Australia, and wider Europe, as well as the UK, it will see female players head to the recently opened new club OX Billiards in Seattle, the very same venue that Judd Trump played an exhibition in in the last days after his US Open pool debut in Atlantic City.

A small group of 40 fans got to meet and greet Judd Trump in an intimate setting in Seattle.

He added on Facebook: It was awesome to watch magic happening though.  Humbling.

Subject to Covid restrictions and the increase, this new deal between the two parties involved could happen within the next 12 months.

It was Judd Trump’s aim by playing in the US Open pool tournament that a new array of fans would become hooked on both snooker and pool and take-up of the sport is hoped to grow across continental America in the coming months/years.

Mandy Fisher, WWS President, said: “Today’s announcement is hugely exciting for our Tour as we continue to expand and provide the opportunity for women to play our wonderful sport across the globe.

“We are extremely grateful to Mike for the enthusiasm that he has shown for this project over the past several months. OX Billiards looks to be a fantastic new venue for tournament snooker and already, thanks to his encouragement, we have received expressions of interest from American players excited to compete in the tournament which is fantastic to see!”

OX Billiards is a fantastic new venue in Seattle with state-of-the-art snooker facilities.

Owner Michael Dominguez said: “Snooker is a fantastic cue sport that is appreciated by American players. In particular, we are delighted to be working together with WWS with the goal of bringing the World Women’s Snooker Tour to the U.S. for the first time, right here at OX Billiards in Seattle.

According to FindSnooker.com, the US has 391 tables and 351 rooms confirmed.

Only 168 of those are full-size tables.