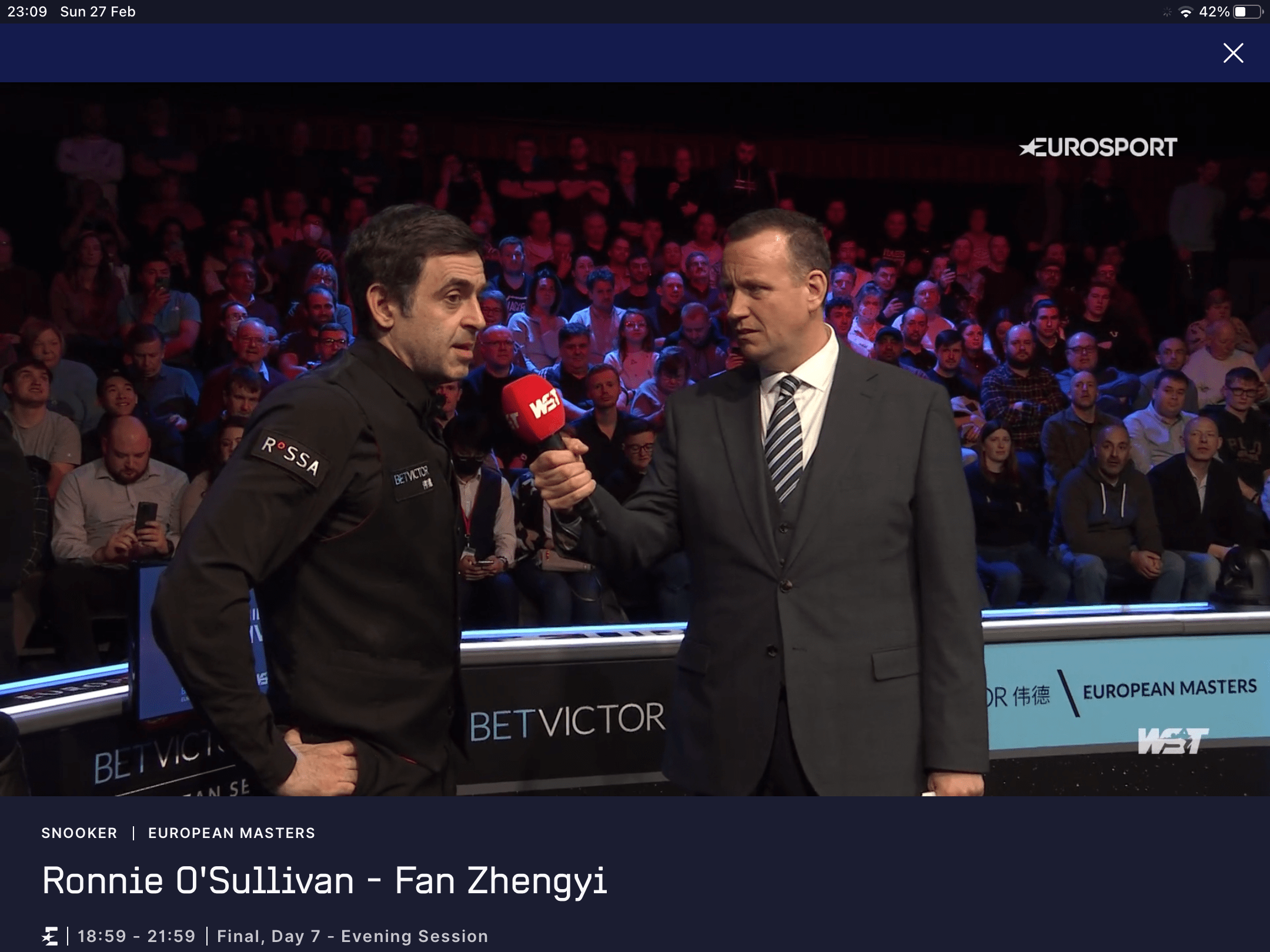 Six-times World Champion Ronnie O’Sullivan spoke out about the state of grassroots snooker in the UK over the weekend.

The 46-year-old said that something needed to be done fast otherwise the UK would get left behind because of the sudden surge in Chinese players now breaking through and scooping events.

Take a bow “FANTASTIC” Fan Zhengyi who at the age of 21,wins his 1st ever ranking title in his very 1st Final beating Ronnie O’sullivan 10-9 the World No 80 now 31st has beaten amongst others Kyren Wilson, Yan Bingtao, David Gilbert, Graeme Dott along the,way #snooker pic.twitter.com/NhcBhNi7zU

His comments came as he narrowly lost a thrilling final 10 – 9 n the Betvictor European Masters to world no 80 Chinese player Fan Zhengyi, 21, who shocked the whole week in Milton Keynes disposing of top players such as Kyren Wilson, David Gilbert, and Graeme Dott on his way to meeting the Rocket in the final.

Talking to Eurosport after with MC Phil Seymour, O’Sullivan said about the breaking through of the Chinese players: “It’s a shame the UK can’t copy the format.”

O’Sullivan has been very vocal before about the state of UK snooker saying that the Chinese will eventually dominate the sport in say 5 – 10 years from now.

Zhengyi becomes the fifth player in snooker history from China to win a ranking event – joining Ding Junhui, Liang Wenbo, Zhao Xintong and Yan Bingtao – both who broke through winning majors in the last couple of years.

He is one of many Chinese players who practices at the luxurious snooker academies in Sheffield, particularly at the Victoria Snooker Academy, managed by Victoria Shi, who was with Zhengyi translating for his interview after.

She said that it was a dream for the Chinese players to play Ronnie O’Sullivan in a final and a dream to beat him in a final.

The Chinese players practice and spend time together in a close-knit circle at the academy.

It was also a double Chinese glory over the weekend as a Chinese colleague and friend of Zhengyi’s, Si Jiahui, who both live together in a flat in Sheffield, claimed the World Snooker Federation Championship promoting him back to the professional tour, which was played at the Ding Junhui Academy in Sheffield.

Snooker’s GOAT Pleads to No 10: “No More Lockdowns”…