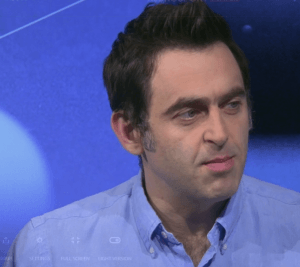 The Rocket comfortably eased past Mark Allen in the final 10 – 6, after doing much of the damage in the first session by leading 6 – 2 at the afternoon’s session going into the evening.

The incredible feat puts him on…

The Rocket, now 43, who won the UK title, his first ranking title at the tender age of 17, now has 34 ranking titles to his name – and, is two away from Stephen Hendry’s 36, making him second in the all-time list.

After the win he paraded around the Barbican in York like a jubilant teenager, a far cry from the humbled teenager overwhelmed by the win all those years ago in 1993.

Other soon to come feats from the rejuvenated snooker player, who has been having a spell of good form under coach Stephen Feeney and SightRight, which, he commented earlier on in the week as “an amazing piece of science” include…

The Rocket said after the UK win he was just enjoying his snooker again and that the coaching of SightRight had refocused him.

He’s already double qualified for the Champion of Champions 2019, after winning a third CofC title back in November at the Ricoh Arena. This is his first ranking title of the 2018/19 season.

Along with the title, he picked up 170K first prize. Mark Allen bagged a modest 70K for his efforts on getting to the final. Allen played some great snooker throughout the tournament even beating Neil Robertson on course from 5 – 4 behind.

Worryingly, O’Sullivan is cleaning up on the snooker circuit, and, unless someone steps up, SnookerZone can see this being the result for a few seasons to come.

What was your memory of the night? 🤔

His other records include:

So far, in this 2018/19 campaign, O’Sullivan has earnt just over half a million pounds in prize money! And the season has still plenty of snooker to come!