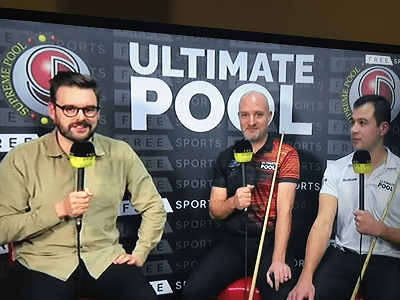 This week and into the weekend is awash with cue sports as there is a feast for fans of pool and snooker to keep up to date with.

The events come after the successful 2022 World Women’s Championships were held at the luxurious Ding Junhui Academy with Nutcharut Wongharuthai scooping the trophy and earning a place on the professional tour.

You can keep up to date with these on snookerscores.net.

The new Ultimate Pool Grand Slam for 2022 promises to be another thrilling event from the Ultimate Pool scene and although not a ranking event, it is certainly awash with talent as 128 players compete for a modest £8,000 first prize.

The semi-finals and final will be shown on the main arena on both FreeSports TV and ultimatepool.tv. Selected earlier round matches may also be shown on one of the three feature tables that are being covered.

The Ultimate Pool website reads: “It may not be classed as a professional event, but there is certainly nothing amateur about the line-up with big-time event winners, former professionals, and established internationals in the draw aplenty. Nine different nations are set to be represented.”

Running alongside the Professional Grand Slam at the Players Pool and Snooker Lounge between the 18th-20th February, this is an additional event for players who have signed up for this year’s Challenger Series. Limited to 128 entries, it is a non-ranking event, but carries significant prestige with a total prize fund of £22,800 and with the semi-finals onwards set to be televised live on FreeSports TV.

You can catch some of the action on Freesports from 12PM tomorrow and 7PM – and over the weekend.

SnookerZone is keeping track of things and will make a pick of the bunch when the events draw to a close.

See the schedule for it here  – now…

Our preview and event details can be found here: https://t.co/7AaQFz6P5q#UPGrandSlam 🎱 pic.twitter.com/XE1MZ8xTv0