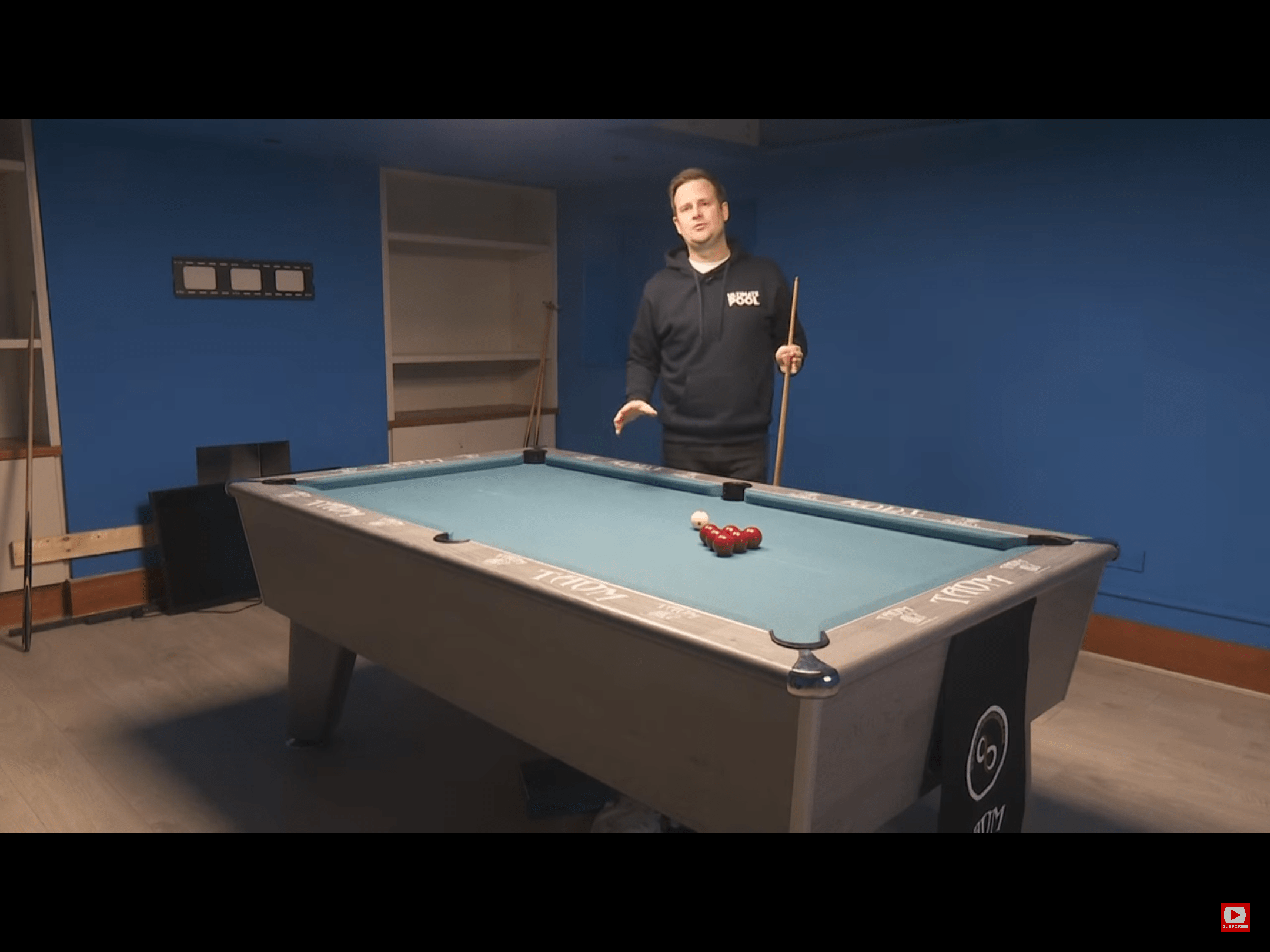 Simon Webb is one of the broadcasters that works on the Ultimate Pool circuit, alongside colleague Steven Jamieson.

SnookerZone caught up with the 41-year-old to find out a bit more about the guy behind the mic who has a background in snooker, but became hooked on pool from an early age.

For the past year and a bit, the Ultimate Pool Group has been entertaining fans with its drama and dazzling viewing of tournaments with many of the big names from the past coming out of hibernation and dusting off their cues and playing on the main stage on TV.

Freesports has been the showcase for a new era in 8-ball, with Monday nights playing a huge part in introducing new fans to the wonders of English 8-ball pool.

Love seeing the legends from my era having a weekend like this. https://t.co/RUfXwTvLQk

Simon Webb and his colleague Steven Jamieson, lap up the action and take fans through the games on the mic, with their blend of wit and wealth of information to entertain the fans, as well as interview and find out how the players are feeling out there before and after the matches.

Webb told SnookerZone about his first memories of being involved in the sport: “My first memories of pool were playing with friends in the local league. I didn’t play any tournaments other than local league singles for years. I think the first big tournament I played in was the Bristol Masters, I didn’t have a clue how to really play the game, but I could pot and control the cue ball and got lucky a couple of times, and managed to win it.”

However, Webb’s first sport he played before turning to cue sports was the more sedated cricket.

He added: “I first played snooker at around 14, as an illness stopped me from playing cricket and I needed something competitive to do. From there, I started playing in my local league pool. Following that, cue sports were just something I did in the winter to fill the time between cricket seasons. It wasn’t until I stopped playing cricket that I decided to see how far I could go in pool. I went from local league to County A to England international to Pro within a couple of years.”

But Webb believes there is more to pool than just potting balls. Most low amateurs who play in pubs or clubs cannot see the patterns and don’t observe the table in detail to be able to make clearances like the ones you see so neatly done on the TV. Like in snooker, making things easy for yourself is the key to top play in cue sports.

Webb added: “I think pool is a great game. For me, I love the puzzle of the game. Understanding how to make the game easy for yourself, rather than relying on great potting and big shots. For anyone starting out in the game, I would say try to understand the whole frame, and not just think one ball at a time.”

Ultimate Pool’s key objective is to bring everybody together under one roof and to create an organisation and a brand that everyone recognizes in the sport.

The worldwide rule set is international rules, a set that is not necessarily played frequently in the UK.

Said Webb: “IMO International Rules are already the standard for the game. They are the most widely played rules in the world (by a long way), just not as much in the UK. But I think that is changing.

Webb thinks Ultimate Pool is a game-changer for the sport: “In my opinion, Ultimate Pool are changing the game. For the first time, there is a truly professional setup, and I don’t just mean at the top of the game, I mean the whole structure of the organization. There is so much going on behind the scenes that I think most people would be massively shocked. They are trying to bring the pool world together, which is a huge task, but they understand the importance of the future of the game.

The Ultimate Pool team is becoming such a close-knit group that Webb sees it now as a family.

SnookerZone readers may remember that 4 times World Snooker Champion Mark Selby appeared in the Ultimate Pool Pairs Cup last year, and reached the second stage of the competition with his brother-in-law Gareth Potts, but they, unfortunately, had to pull out due to issues off the table.

Webb added: There is always a lot of fun and games behind the scenes with UP and the broadcast crew, but most aren’t fit for an interview. One thing springs to mind that fits with my biggest passion and hobby, golf. After playing golf with Gareth Potts, where I played great but lost, I changed his player profile to say ‘golf bandit,’ instead of one of his cue sports achievements, and it ended up going out on tv!

However, Webb believes that there may be more top snooker players in the future who decide to give the Ultimate Pool a go.

“I think it is highly likely we will see a lot more players cross over from other cue sports at some point.”

He added: “Playing for England for the first time was really cool, and playing for the top England team is something I am very proud of.”

In a previous post, SnookerZone said that the Ultimate Pool Group, whose CEO is Lee Kendall, who also has played top pool, were focused on not just promoting the professional side of the game, but also the amateur side of the game so, near the end of March, the 2022 Ultimate Pool Amateur Championship will take place on March 25th – 27th.

Not only does Webb also have broadcasting duties, but he also works on his own coaching videos and a Pool app called the Pool Workout app, which has a useful set of drills, routines, and general tips and advice for a range of players from beginner to advanced.

Its uniqueness is the fact that you can record your own data in the app calculator inside and track your progress!

No need to lug around notebooks!

The app can be downloaded on IOS, and will soon be available on other platforms.

Ultimate Pool Are the Winners in a Thrilling End to 2021…