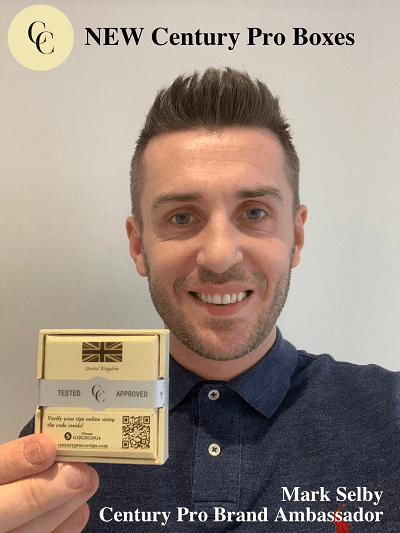 Jester from Leicester Mark Selby has returned to the winner’s enclosure after a year-long drought of winning World ranking titles.

The 36-year-old scooped the 2019 Home Nations English Open after thrashing David Gilbert 9 – 1 at the K2 in Crawley.

But for Selby, it means he has booked a place into the lucrative Champion of Champions event which will begin in just under two week’s time.

China’s No 2 player Liang Wenbo won the first-ever English Open fending off Englishman Judd Trump in the final in 2016, with that famous celebration at the end.

Then in 2017, it was Ronnie O’Sullivan. And then, in 2018, the 2015 World Champion Stuart Bingham picked up the Steve Davis Trophy, named after the winning machine player of the 1980s.

The English Open win is Selby’s 16th ranking title with his last being the 2018 China Championship.

Mark is a brand Ambassador for Century tips.

Read the SnookerZone review of the Century G5, in Equipment reviews, here…

Spot and correct flaws quicker: Become your own coach!