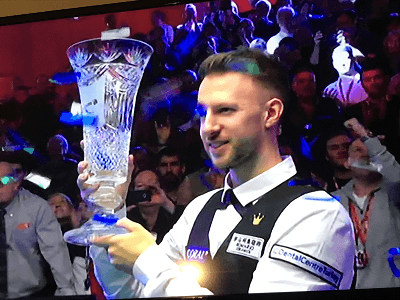 It’s been a fairytale 16 months for Judd Trump.

Trump’s fifth came over the weekend at the Coral Players Championship as he defeated 20-year-old Chinese talent Yan Bingtao cruising to a 10 -4 win.

All the hard work had been done in the first session as Trump came out on top 6 – 2, but Yan won the last frame of the session with a 95 break to give himself a squeak going into the second session.

The second session started with a slightly nervy Trump, as Yan knocked in a 77, winning the first two, but then Trump went through the gears and found the form to win comfortably in the end.

Let’s not forget the sterling season of Yan Bingtao. The Chinese youngster won his first ranking title in Riga at the Riga Masters, and he said after – aided by manager Victoria Shi, who runs the Victoria Snooker Academy in Sheffield, said Bingtao had no regrets this season and was happy with his win in Riga.

Prior to that, Judd had scooped the 2019 World Championship, the Coral World Grand Prix, and the 2018 Northern Ireland Open.

Stephen Hendry was the youngest ever World Champion at 21, and then went onto win five ranking events in the 1990/91 season. He couldn’t retain the World title though in 91 and that went to John Parrott.

Although there are a lot more events now, Trump’s win is as incredible as ever because of the depth in talent on the tour, and the number of events now on offer. With three ranking events left this season, including the World Championship, there’s a BIG possibility of Trump becoming the first player to win six in a season.

The last in the Coral series begins on the 17th March with the Tour Championship by the seaside in Llandudno, Wales. 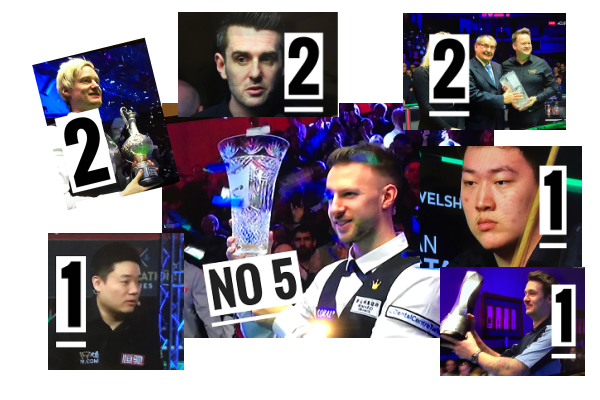