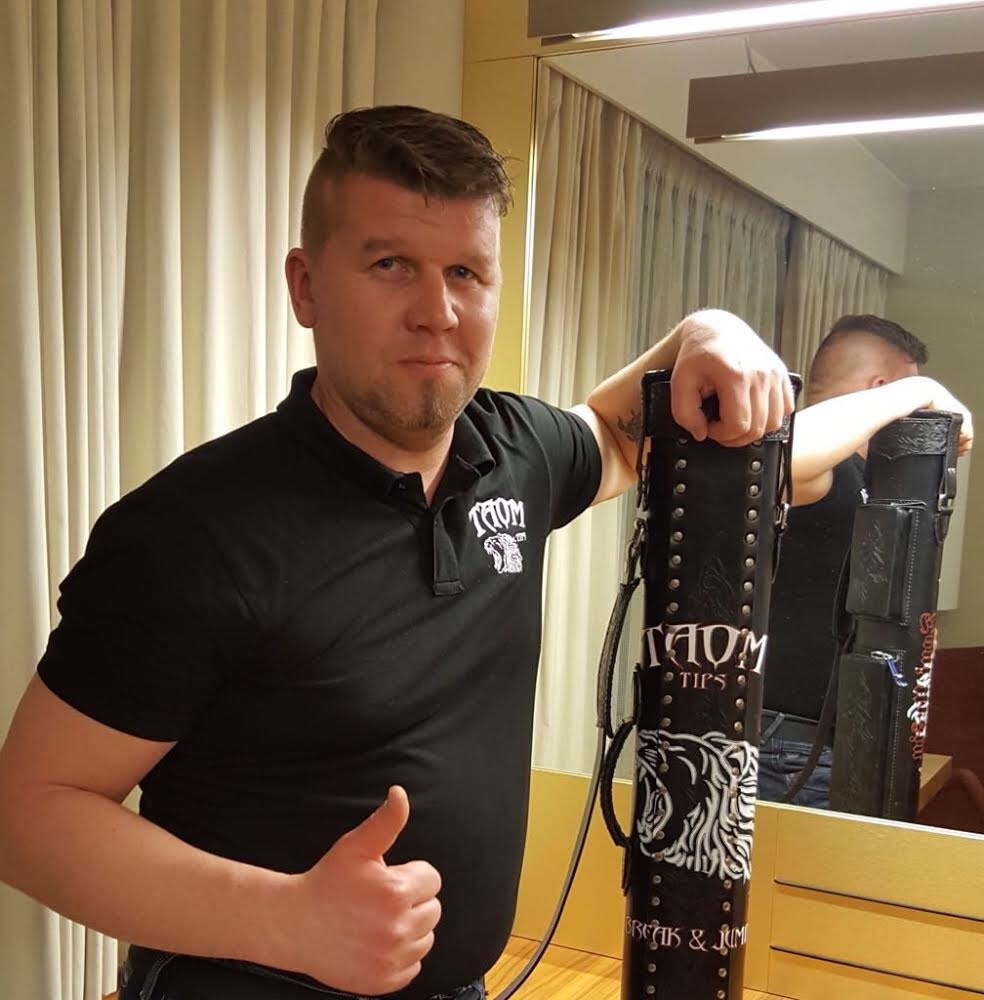 In snooker these days…

Toni Ursin of Taom Chalk fame, (and translated by Joonas Ohtonen) tells SnookerZone the company has some future aces up its sleeve as it continues with its revolution in creating magical snooker chalk and tips.

Every person who launches a product…

Was hit with that light bulb moment where their brain flicked into overdrive with ideas for that revolutionary solution to a complex problem.

And for Toni Ursin, the founder of Taom Billiards and that magic chalk, that light bulb moment came when he was watching the snooker on Eurosport and kicks were mentioned.

The problem desperately needed to be solved.

From then on, he challenged himself to try to solve the problem by making a chalk that would provide the solution. The rest is history – as they say.

A piece of magic was created…

Professionals hailed Taom version 1.0 as a revolution. It was good, but not good enough – and needed tweaking.

So, they tweaked it – listening to their fan base such as 2005 World Champion Shaun Murphy.

Again, it was hailed outstanding and even better than 1.0. But for Ursin, toiling on Taom products is both a revolution and an evolution!

The Fin told Snookerzone: “I thought as an inventor I want to take this challenge. I’m a very competitive person so it was a nice chance to test myself.”

Pool player Ursin, who’s been playing since he was 7 years old, said although he can’t give out the secret to the chalk’s magic, it’s a totally different way of manufacturing snooker chalk.

But, this isn’t the last we’ll see or hear of Taom chalk. Version 2.0 is just the beginning. In fact, Ursin and his team are striving to make the best products they can in cue sports – and indeed snooker.

What does the Taom logo mean?

The word Taom actually cleverly originates from the names of the owners of the company, T = Toni , A = Ali , O = Ohtonen and M = Mika (see picture – Ursin is second from the right).

And the word means attack in an ancient language, according to Ursin.

His team are certainly attacking the market! Ursin was initially surprised when the chalk began to fly off the shelves.

He added: “We have several new products coming and of course we are developing our chalk all the time and want to get better and better. 2.0 version will not be the last one. We don’t want to stop to improve and make the game better. Our goal is always to have the best product on the market and before that we have it we keep low profile and test our products.”

Taom’s Ursin doesn’t reveal a lot, but he said the company are continuing to innovate and rejuvenate the tips and chalk market in snooker/pool.

He’s aware he said that Taom have set the bar high now for other companies that manufacture snooker and pool chalk and says it’s good there’s competition.

“Of course, we know there is competition and there is nothing wrong with that. That’s why we are developing our products all the time and have some aces in our sleeve for the future.”

Check out the SnookerZone review of V2, now – click here