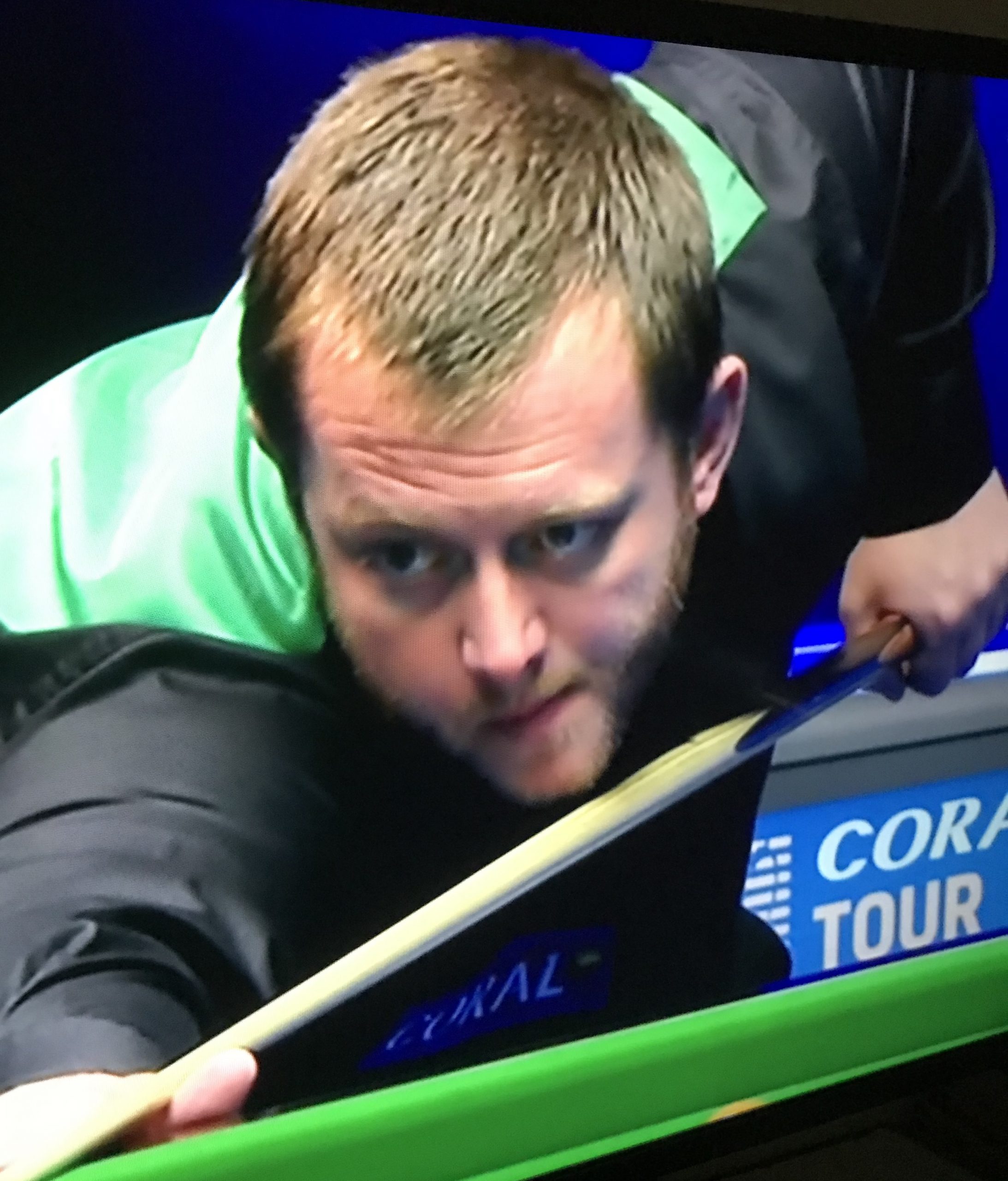 He’s known as the Pistol…

Because when he gets going he can fire off frame after frame quickly and leave you with a mountain to climb in the match.

The 34-year-old Pistol hammered Selby 9 – 2 needing only two frames in the evening session to book his place into the last two.

The damage had been done in the afternoon session when Allen jumped out of the blocks winning four frames on the bounce with a barrage of breaks over 50.

After the mid session, Allen took the foot off the pedal just slightly but still raced into a 6 – 1 lead.

Selby won the first of the evening but too many unforced errors led to Allen closing out in just over an hour.

One of them will be red hot for the Crucible…

After, former World number three Neal Foulds said that whoever wins this event will be red hot for the Crucible next month.

He added on Allen: ‘He’s dangerous.’

And Alan McManus said Allen is a powerhouse scorer, a quick scorer.

Mark Allen said: I think the reason Mark didn’t get going was because he didn’t pot a ball in the first four frames.’

‘That’s something that’s difficult to do against anyone especially someone like Mark,’he added.

He was just cold.’

Both Allen and his opponent Stephen Maguire,who made six tons in a best of 17 as a joint record with Shaun Murphy will be playing for a chance to get into the Champion of Champions event later on in the year.