So, when I first started watching snooker on TV, I heard a lot of jargon which I had no idea what it was about.

Have you heard that before? I bet you have, right?

Thing is, to those who are just watching for pleasure, those phrases mean nothing.

But, understanding and learning what they mean is simple and can be done in under five minutes.

And, from then on, being able to recognise them AND understand them on a snooker table and on the TV will be a doddle.

Here’s a visual of the most important angles in snooker!

Let’s start with the easy one first!

When you’re just off straight – and anywhere in between full ball and half ball, you’re going to be hitting the object with the cue ball at ¾ ball contact. The point of contact will be just off the middle as you see the shot. As the angle widens, you’ll end up with half ball…

Interestingly, you’ll then gradually as the angle widens even more – end up hitting the ball quarter ball! (That’s the red and green balls at the end in the picture)

This is the final angle of the four and is actually the easiest because any pot where you have to have a thin cut is an eighth ball contact or more…(In the picture, this would be another ball placed next to the quarter ball red and green balls in the picture)

Also, depending on which angle you’re on, the point of contact of the cue ball and object ball doesn’t change, it’s just you’re looking at the point from a different position!

So, there you go! Potting angles understood in minutes!

A LITTLE EXERCISE FOR YOU:

Watch a frame/s of snooker on the TV and see if you can spot which angle the player is on when making a break! Call it out – obviously, TV camera angles can be deceptive but call out a rough estimate of what you think the angle might be!

Enjoy your learning and practicing of potting angles! 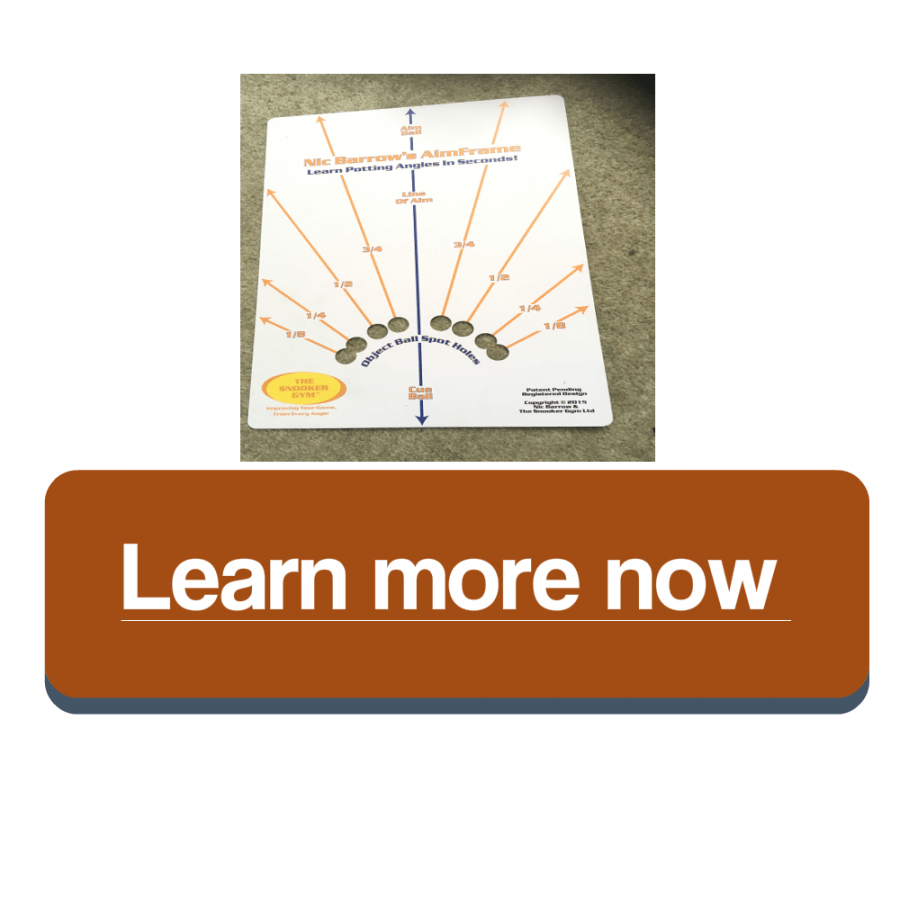