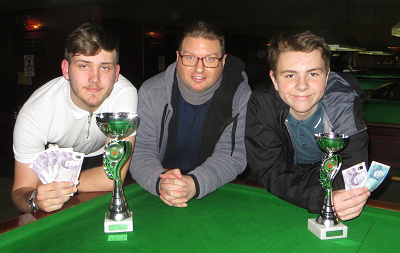 EVERY youngster who picks up a snooker cue dreams of playing under the TV cameras, bright lights, and the mass of crowds in the big arenas as they don the waistcoat and bow tie and turn on a show.

And the Cuestars events across the south of England aim to give youngsters a taste of that in club surroundings under friendly but competitive snooker conditions and prepare them potentially for life as a professional snooker player.

Some will make it. Some won’t.

Already, Cuestars has nurtured talent in the younger years that has gone on to reach the pro ranks of the snooker scene in Billy Castle and Jamie Wilson. And other players have had the great experience of playing in pro tournaments either as top ups, or selected by snooker’s governing body.

Wilson was unable to play in the Cuestars event this time at Woking because he was on route to the Scottish Open, being played in Llandudno in Wales this week.

Youngsters aspire to lift the BIG Triple Crown trophies such as the United Kingdom Championship, this year won by the young and talented Chinese 24-year-old Zhao Xintong in York, who practices hard at the Victoria Snooker Academy in Sheffield.

However, the Cuestars junior amateur tour rolled into Woking on Sunday as players from the Gold, Silver, and Bronze categories pitted their wits under the new great conditions of Woking Snooker Centre in Surrey.

It had been around six years since John Hunter and Tim Dunkley had set foot in the club and they were surprised at the changes.

Woking back on the Cuestars calendar…

Hunter told SnookerZone that it was great to be back at the club after such a long period as the club is one of the bigger venues around in the south and it was great to have it on the calendar again.

And some Woking members who arrived early, were treated to a day of tense and entertaining snooker from the young talents on show. 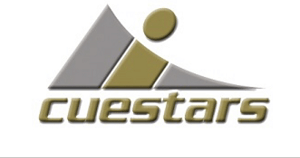 “Some of the clubs we’ve played in only have around 8 – 9 tables, so the players got a treat coming here,” said the coach who will be playing in the World Seniors qualifiers in a couple of week’s time.”

Hunter also added that because of the Covid pandemic, it had been a tough time getting players for events because of some youngsters getting ill from the virus or others in the lockdown moving on and doing different things.

Joy for Joyce for fourth time at Cuestars…

It was a happy day for one Mickey Joyce, (pictured left in the featured image above) who won his fourth U-21 Gold in the final defeating Oliver Sykes 3 – 2 in a thrilling decider.

Sykes, one of two players to have been chosen earlier this year by the English Partnership of Snooker and Billiards, to play in the professional ranking event on the Home Nation Series the English Open, narrowly lost out to 18- year-old Joyce, who plays at Basingstoke.

Joyce has gone through the ranks of the Cuestars from Bronze and Silver, and at 10-years-old was the youngest winner of the U-21 Silver Tour of Cuestars in 2014.

Players also had a taste of what it’s like to be playing under the new streaming at Woking Snooker Centre, as not only was the Gold final streamed on match table 1, but also the Plate final.

John Hunter added that players have to get used to being filmed if they aspire to play as a professional.

Hunter, who also does the Cuestars Academy training app, a useful resource for those wanting to improve their game, said that more training he had set up during lockdown was really helpful for some of the Cuestars players as some he said were struggling with what to practice in their practice time.

SnookerZone, who was a co-sponsor, along with Hoff Aviation, handed out the trophies to the winners.

The next Cuestars event will be a seniors event and comes to Woking in 2022 in the Spring.

A big thank you to John Hunter and Tim Dunkley for their efforts on the day, from SnookerZone…