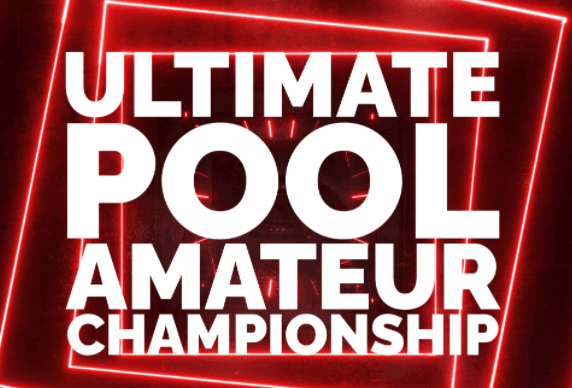 RYAN FLEMING flew to a comfortable 9 – 3 victory in the inaugural 2022 Ultimate Pool Amateur Championship at the weekend.

He defeated former snooker player and a former pro Andy Blurton, who came into the final with an incredible 8 – 0 whitewash of Kris Hampson in the semi-finals.

But it was younger brother Fleming, whose brother Marc Fleming, a year older than Ryan, had also played in the event reaching the last 16, but lost to Blurton, who seemed to be cruising in the final as he went 3 – 0 up fairly quickly. But Blurton managed to come back to 3 – 3 before Fleming reeled off six frames in a row to lift the trophy and bag the 4K prize.

It’s the first time that an amateur event consisting of ALL amateurs had been televised from the last 16 stages, as the final saw a shot clock match time of 60 mins.

He said after his semi-final romp that when the pandemic struck, he was seriously considering walking away from the game, but when Ultimate Pool started putting on events and realized it was growing, he decided to pick up the cue again and play.

He added: “I never thought my cue would see the light of day, to be honest.”

Both Blurton and Fleming have a good chance next year of turning pro on the Ultimate Pool series and Fleming said it was a confidence boost to win the title.

He said on his win: “I said when the Ultimate’s came, I’m gonna win one.”

64 players competed in the event.

🏴󠁧󠁢󠁳󠁣󠁴󠁿 The Scot produced some brilliant shotmaking in a 9-3 final victory over Andy Blurton.

Eight snooker tables, nine pool tables, 82 balls and a combined 58 cues and rests were utilized for the shot. The ball traveled a total distance of 250 ft.

They told The Courier: Marc Fleming said: “We don’t have a great amount to do due to the lockdown, so it was a bit of fun at the same time as getting publicity for the club.

“In the past year or so we haven’t been open very much, so it was a chance to show off the club. We also wanted to make those missing snooker a bit more upbeat.”