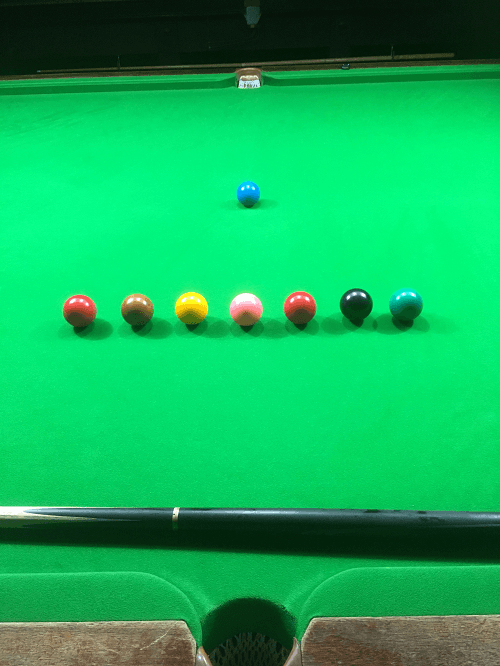 RE: Take the Fear of Practicing with Inconsistent Snooker Balls Out of Your Game – Starting Now!

You’re down the club and you’re in a frame on an important shot which could win you the frame. You’re playing with club balls. You’re about to cannon a red off the cushion by potting the blue and you’re sure it’s the perfect angle to do it!

This is the moment when you could win the frame! You take the shot.

You were convinced the cannon was on as you’ve practiced it time again and you go back to your chair gutted after having to play safe off the last red! You were hoping to clear up. You’re then engaged in a bout of safety, and your opponent comes up trumps and wins the frame!

Why did the cannon not happen?

You were playing with a set of inconsistent club balls which do not all weigh the same! This has a huge effect on how balls react. However, you know how to solve this, don’t you?

By investing in a set of quality balls that all weigh within the same of each other! 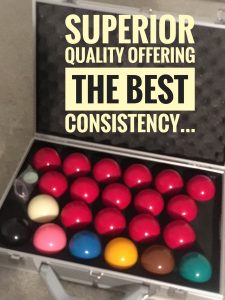 What are snooker balls made of?

The 1G balls are made of a Phenolic resin and all weigh within 1 gram of each other.

When the 3G balls were released, they were made within 3 grams of each other, and so on…

Throughout the centuries, early snooker balls went from Wood/Clay to Ivory to artificial Ivory.

There was outrage as Elephants were killed for their Ivory tusks!

Then came the artificial Ivory.

There were even the exploding balls – half myth – half-truth!

After that plastics and resins came into use today with the 1G balls.

For more information on Aramith, click on the image link below…

5 Advantages of Owning Your Own Set…

There are also four other advantages to having your own set of 22 balls:

2)     You get to ensure your set is clean, as snooker club balls may not always be cleaned (regularly or well)!

5)     And, there is room in your case for those little extras, such as a glove, a ball marker, and even a training aid such as the Ghost Ball Potting Aid…

GET THEM HERE NOW!

When you clean your set – you can either use an Aramith ball cleaner or simply use good old Fairy liquid and lukewarm water and a dry cloth.

Snooker balls aren’t cheap. But, then, if you’re serious about the game and want to achieve consistency, you will have to make an investment sometime!

I got my set of 1Gs from a place in Leeds called Craftsman Cues, but you can also get them on Amazon or ebay…

Balls are a vital part of the equipment for snooker, just as is a snooker cue plus sticking on a decent tip!