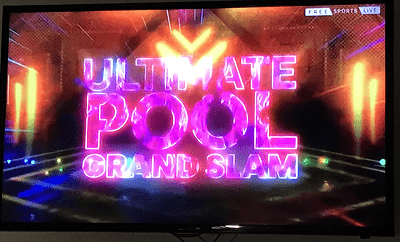 Paying out the biggest winner prize to date of 14K, the last man standing in Stoke was a former European Champion Stevie Dempsey, who defeated new Ultimate Pool professional Craig Waddingham, who was appearing in his first pro final since turning pro and winning the Challenger Series in 2021.

It wasn’t necessarily the final every pool fan expected, but it was intense drama all the same as Waddingham raced into a 2 – 0 lead before Dempsey got himself together and pulled ahead 3 – 2. It was nip and tuck for a time and at 5 – 5 the match was becoming even more exciting as the clock was running down and Waddingham needed to get his skates on to make a finish but couldn’t quite beat the clock to take it. Ireland’s Dempsey showed determination and grit to get over the line 6 – 5.

In the Ultimate Pool Challenger Grand Slam, Plymouth’s Jez Graham struck gold scooping an 8K first prize pot – his biggest payout of his career and was almost drawn to tears as he lifted the trophy in Newcastle-Under-Lyme and paid tribute to his wife and daughter for standing by him.

Graham said he had almost thought about quitting the game – but said now he’s won a big trophy, he’ll see what happens and it could be the springboard to go on and achieve MUCH MORE.

But, then, on day two, Dom Cooney DAZZLED viewing fans with a speedy clearance in under 31 seconds to force a six-reds shootout in his match with the UP ranked no 12 player Greg Batten. Cooney then went on to win the Shootout – but was unable to progress further in the competition in the evening session.

Dom Cooney produces arguably the 𝗴𝗿𝗲𝗮𝘁𝗲𝘀𝘁 𝗲𝘀𝗰𝗮𝗽𝗲 𝗮𝗰𝘁 we’ve ever seen to reach the last 16 of the Pro Grand Slam.

He needed this break clearance inside 31 seconds to force a shootout.