So, here’s the thing:

I’ve been trying out tips for a while now and was looking for something that little different.

Then, Century tips, as if by miracles pulled a rabbit out of a hat, and launched their G5.

What’s so special about the G5 you ask?

Well, it’s not the luxurious casing.

It’s not the fact that they have World Champions endorsing them.

So what is it then?

It’s the fact that this is a new brand of “super” tip which is extra-firm and will last double longer than an ordinary hard tip.

What does that mean you ask?

It means you won’t be re-tipping as much and in the long run you’ll be saving £££.

Everyone‘s looking to save money and re-tip less, right?

Now, we’ve been playing with a G5 tip for well over three months now, and the tip is still in good health even when we took it off for a couple of weeks to try something new and then put it back on again!

SnookerZone has tried a few tips out from soft Whirlwinds, medium Regencies, to hard Grands.

The G5 so far has been one of the best “hard” tips on the market. Our opinion is this tip feels slightly harder than a Grand hard tip. This is what is described as a “super” hard tip. 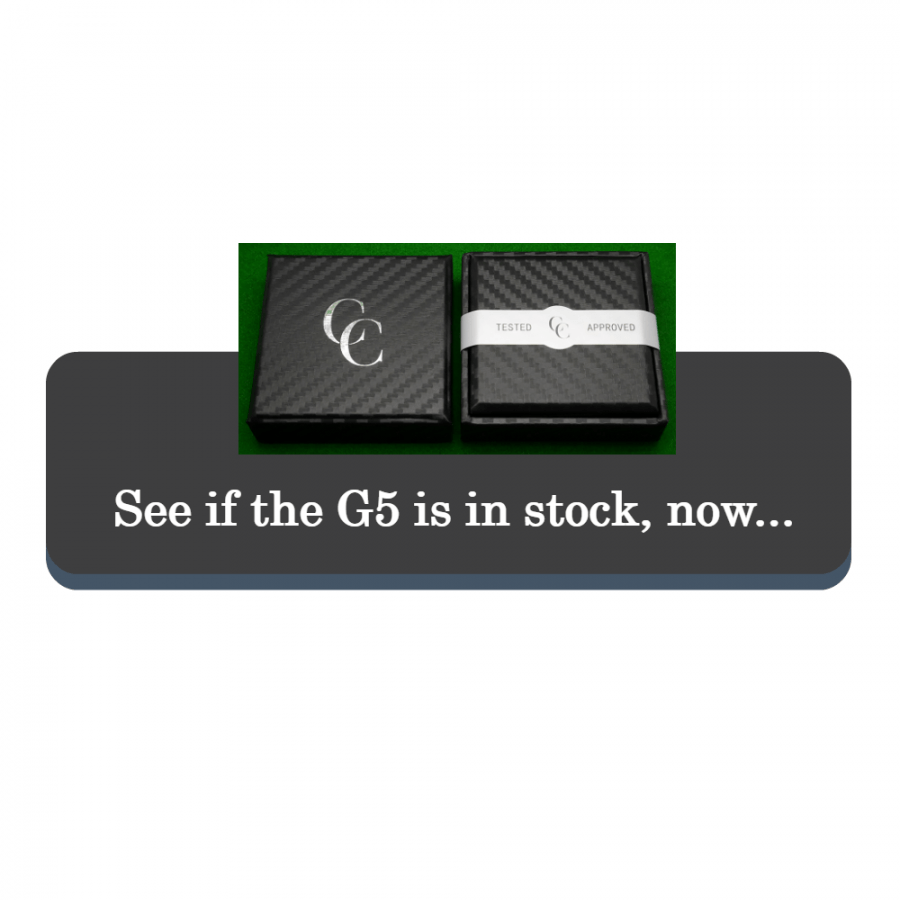 THE G5 IS SUPERBLY RESPONSIVE

It has a great feel to it. You almost feel like you’re in total control of the tip and it’s like being in control of a solid steering wheel.

When you play with a G5 you will know where that extra hardness comes from, as it is solid and sturdy when striking the cue ball.  A lovely sound on impact!

Some tips can feel like you need a while to get used to them and knock them in. With the G5, it really felt like getting into a car for the first time and feeling like you had been driving it for years. Same with the tip, it felt like we had been using it for a while!

That’s the thing with tips. You can either love them instantly or have to develop that all-important love relationship over time.

SnookerZone has only really felt an instant connection with two other tips since doing tip reviews.

Before we go over the pros and cons, here’s what a top player says of Century tips in general. WATCH NOW:

The problem with some hard tips is they can sometimes:

We liked the responsiveness of a G5. Definitely has a bite to it when it comes to generating spin. Frustratingly, at times, the high responsiveness led to us being slightly out of position on breaks on occasions. Was it a sign we’re improving on how we strike through the ball, or due to the reaction on the tip? Both I’d say.

The G5 does hold its shape well!

Note: We’ve not used Taom chalk with a G5 yet, so we will update this page and let readers know what we think of Taom and the G5. Stay tuned for that in our update, soon!

On the Century Cues website, they write: “Most players will struggle to play with such a hard tip.”

We didn’t feel that at all! We took to it like a duck to water. In fact; it was one of our best sessions. The only other tip that we have had better-than-average results with was with a Regency Pro Tip.

Remember, this tip is custom made, so only a few of them will be made to order per year.

But if you’re happy with a “normal” hard then a G4 will do the trick.

If you like playing with hard/super hard tips, this tip will be for you.

SnookerZone has secured an affiliate deal with Century Pro Cue tips so if you are keen to try out a G5 or any other of their great range then you better get your order in fast!

Due to them only selling a small amount of G5’s, they’ve sold out of them already!

Use the code “snookerzone” and visit the Century shop and enquire about ordering the new G5 – now! Or, just get the G 1 – 4 range!

PS: This isn’t the end of our review of the G5. We’ll be adding to this page with feedback and video footage of playing with the G5 in action as and when we play with it more. So stay tuned…

UPDATE: We’ve been playing with the G5 for at least three weekends now, and, the tip has held its shape well.

As promised, we’ve also played with it using Taom gold soft chalk, and we found out of the three chalks used, Taom is the better chalk for this type of “extra hard” tip. We found there was less need to chalk with the Taom, strangely enough. The Master chalk came second in holding well on the tip.

For more tip reviews, go below… 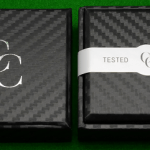