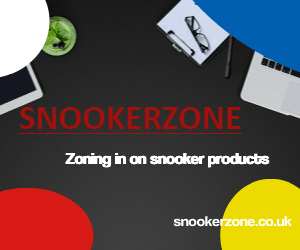 It was not for the first time both finalists were in their forties as 46-year-old Mark Davis was contesting his first ever ranking final in 27 years as a pro  – and stood up to the test well making a 136 to go 4 – 4.

It was a nip and tuck match as both players were in high scoring mode despite the first four frames of the first session showing signs of nerves. But, as the match progressed, the snooker was one visit snooker. At frame 10 however, Davis, unfortunately, was on to win another frame and feathered the white by accident and gave away a foul to leave Bingham to clear to take the frame 5 – 5. From then on, it was a case of who would break first – and Bingham, at 7 – 7, managed to calmly make an important ton to go 8 – 7 before winning the final frame to claim his fifth ranking title which of course included his famous World Championship win in 2015.

A tearful and emotional Bingham said after it had been a “rocky road” for the past year – with troubles off the table and said it was a relief to be back in the winner’s enclosure.

Davis, who on route to the final had beaten the likes of the class of 92 players Rocket Ronnie O’Sullivan and John Higgins quipped he hoped it wouldn’t be another 27 years before he reached another ranking event final and added if it was it might be a problem!

Bingham’s win means he is into the Champion of Champions next month in Coventry.

The 42-year-old  also pocketed 70K and his second Home Nations trophy win after he won the Welsh Open a couple of seasons ago.

O’Sullivan after the match said Davis was good enough to win a ranking event and was surprised it had taken so long for him to get to a major final.

In Belgium, Davis’s friend and pro tour colleague Jimmy Robertson won his first ranking title in Lommel at the European Masters and Davis was trying to follow in the footsteps of Mark King and Anthony Hamilton all long-standing pros who picked up silverware for the first time in the last couple of seasons.

The International Championship begins in a week’s time with Mark Selby as the defending champion.

Snooker first sport back on our TV screens in June…