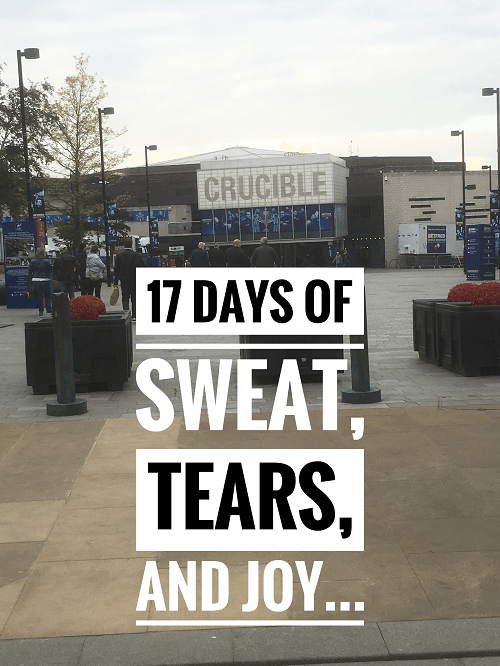 You will get to see Alex Higgins, Steve Davis, Jimmy White and more – all past glories and heartaches…

The BBC this month, what would have been what snooker fans call World Championship month, will showcase some of snooker’s past best matches at the Crucible – 17 – from next weekend.

The likes include Alex Higgins’s 1982 final between Ray Reardon, where Higgins was made famous by that emotive television shot at the end of him cradling his newborn after winning the title for a second time within 10 years apart.

Fans will also see Steve Davis’s loss to Joe Johnson in 1986, one of only two outsiders to have won at the Crucible.

Also, not forgetting that incredible final in 1985 that had everyone talking about snooker when Steve Davis lost to Dennis Taylor on the final black and had millions up past midnight to see Taylor win his one and only World title.

Others include for the modern fans the likes of Judd Trump and John Higgins’s first final in 2011 where Higgins won but it was the start of a new era in potting as Judd Trump burst onto the scene with his flamboyance and panache on the table. Of course, Judd is older now and wiser and scooped his first World title in 2019.

Due to the Coronavirus outbreak, the 2020 World Championships were postponed until further notice, but Boss Barry Hearn is looking to try and make the date for July/August to resume the rest of the 2019/2020 season.

Trump won the last event before the Coronavirus forced the government to shut down the country to stop the spread of the disease. He made history in the Gibraltar Open by being the first player to win six ranking events in one season.

See the full line up on the BBC site now, here