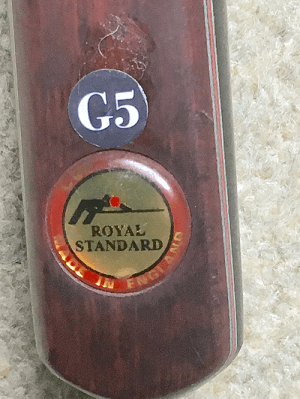 One of the most common questions asked in snooker for newbies, is what snooker cue should I buy? Well, that question is like saying how long is a piece of string?! There are several quality brand cue makers selling cues.

One firm answer to the question what snooker cue, is choosing a cue that feels comfortable for you and that suits your specification. You really need to go and try a few cues in snooker shops/clubs or in a factory to gain an insight into the cue that’s right for you.

But, if you haven’t got time for that, then here’s a brand that you will not go wrong with. Cue Craft. SnookerZone can personally recommend a Cue Craft cue because he’s had his Cue Craft cue since the age of 13. And would find it very tough to change easily, despite there being some very other good cue makers on the market! This cue brand is also ideal for newbies as they are very affordable in their basic range of cues.

Cue Craft are based in Nottinghamshire, Worksop. When SnookerZone first bought his Cue Craft Royal Standard cue, he was lucky enough to have bought it from the club he was playing in. It is an old-time Royal Standard Cue Craft cue and the “new” model from looking at the Cue Craft website has come a long way since then. In fact, the price has doubled! When SnookerZone got his, it was just over £100, but the up-to-date version costs double! That doesn’t include, of course, any add-ons you may decide to get such as the new Titanium ferrule etc.

How does a Cue Craft cue play?

The new Royal Standard comes in 1 piece, 3/4 and centre joint. The thing that SnookerZone likes about Cue Craft cues is the sturdiness and weight of the cues. They feel very solid and made from quality ash or maple. We also like the simplicity of Cue Craft. We’re not too interested in fancy patterns or designs, just a good quality piece of solid wood that feels right for us. When you pay extra for a cue, it’s the creativity in the designs of the exterior of the cue that you’re paying for! Cue Craft enjoy a reputation for making cues to fit all people’s budgets. From £50 onwards. Yes, you can pick up a basic quality cue for over £50 or more!

Cue Craft vs Other…

With SnookerZone’s Cue Craft cue, we recently had it updated with a Titanium ferrule, and shortened to 56.5 inches. it was originally the standard 57 inches. Updating from a brass to titanium ferrule was one of the best things to have done because the titanium ferrule makes for the cue to feel even more solid and in control.

We’ve got another cue, a Woods cue, and can definitely tell the difference between the two in that the brass ferrule makes a different sound on impact to the Titanium. Our Woods cue is a bit lighter as well, and we prefer the slightly heavier weight of the Cue Craft. It’s very important that you pick a good tip to put on a cue. See the tip reviews we’ve reviewed so far in Equipment reviews!

We have been playing with a new acquaintance in Woking who tried out our Cue Craft and was impressed with the quality and feel of the cue. He had a BCE cue.

You will not go far wrong with a standard or more advanced Cue Craft. When we recently had some work done with them, their service was next to none. The staff were very helpful there on the phone and the work was carried out very efficiently. The turnaround for fitting and re-doing our cue was within a week, and packaging the cue for return delivery was professional! They did, however, make a mistake in not sending me a mini butt which was part of my new order as my original Cue Craft cue had not had a mini-butt joint fitted onto it. However, as soon as they realised the error, they put it right, and sent out a mini-butt next day delivery!

As an additional note, we’re currently playing with a G5 Century tip. You can read the review of that, here…