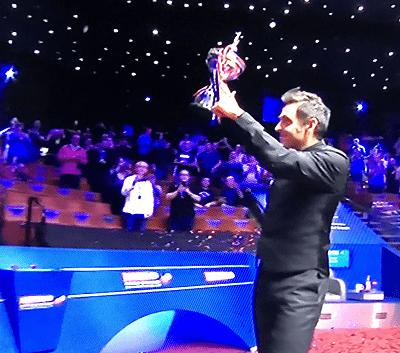 Amateur Snooker in 2021 and Beyond to Get Big Boost…

Top Sight Right coach Stephen Feeney has launched his vision for a rejuvenated amateur game in the UK and beyond.

Feeney, who has coached the likes of World Champions Ronnie O’Sullivan and Mark Williams, and also rejuvenated Hendry’s game only months ago, has outlined this vision today which is a bottom-up plan rather than a top-down solution for the amateur game.

This directly opposes what the English Partnership for Snooker and Billiards (EPSB) is doing to focus on trying to get players simply to turn pro.

The plan is to bring amateur snooker under one umbrella with a more joined-up approach to league and club snooker with better development for coaches in the snooker eco-system.

Said Feeney in today’s Metro: “I’m doing this because I believe it needs to be done and I believe I’ve got the CV to do it.”

He added: “However, I know that “disruptive” has been my middle name since I introduced SightRight into the sport because it challenges the status quo and what I’m doing now will challenge it even further.”

The awaited news of this brand fresh development came not long after it was announced in the mainstream press.

He added: “This is a lot of what it’s about. Aiming at the grassroots up, rather than pro down. It’s OK helping those who want to turn pro, but some don’t. Some, like you and me, want to get better, but not that good!”

At present, the amateur game is in tatters as some clubs struggle on all fronts. Covid has exacerbated what are already BIG problems.

What Feeney is offering is STRUCTURE AND DEVELOPMENT.

SightRight has proven a very popular coaching method with many of the top pros, and only a few months ago, Stephen Hendry, the 7 times World Champion was pitting his wits back on the snooker table in the World Championship qualifiers.

“Interesting news and anything that helps the amateur game has to be considered.

This is a developing story that SnookerZone will follow with interest in the months to come. Keep up to date with SnookerZone as we in the future will attempt to bring you more news and views from the amateur scene and its development on the ground.

Remember, we are no 1 for reviews and coach interviews…

Spot and correct flaws quicker: Become your own coach!