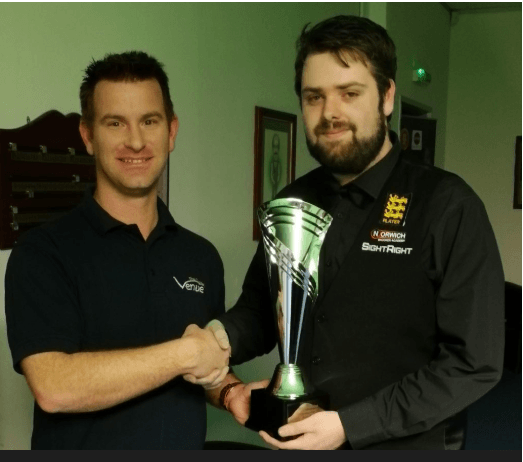 The World Snooker Challenge tour is a series of events that have been played over a period of months this season as its inaugural addition to the calendar.

Designed as a kind of experiment to see how many of the maximum of 64 amateurs would jump on board and enter, the amateur tour running alongside pro events has offered a mixture of opportunity for new and not so new talent eager to get a place on the coveted main professional tour at the end of it with 2 tour cards up for grabs. With £2K up for grabs for the winner at each of the 10 events and a ranking points based system, it’s vital that those with pro ambitions entered as many of the 10 events as they can to build up a healthy array of points.

On the plus side, it’s all good experience for those with ambitions to turn pro to get top quality match experience. On the downside, a lot of them (especially the winners) are already ex-pros and some have only just been relegated!

Each of the 10 events has been played somewhere in the UK and the wider world, with the final event being played in the great South West Snooker Academy in Gloucester. Here are the winners from nine events…

Sargeant, one of the last eight in CT10, was leading the rankings with over 6000 points and has already secured a pro ticket for the 2019/2020 season. Event 10 would determine the other lucky player to win the Golden ticket to ride on the expanding and lucrative pro tour!

George Pragnell, 23, from Norwich claimed the final Challenge tour event in Gloucester beating a Welshman Callum Lloyd in the final and pocketed 2K. That wraps up the 10 event tour for this season.

The race for the tour cards was between David Grace, Mitchell Mann, and David Lilley, but it was the Leeds former professional David Grace who achieved the final tour card from the two on offer and he is now back on tour! He racked up more ranking points total with over 6,445 points.

Very happy to win back my Tour Card through the Challenge Tour, very twitchy day yesterday but got the job done! Thanks for all the messages just catching up now 👍🏻 pic.twitter.com/ldR0ygozj5

The 33-year-old told World Snooker: “It’s a massive relief because it had been very close all season between the top three players, with only two cards available.

“When I dropped off the pro tour I just wanted to stay positive and enjoy playing on the Challenge Tour, and I have done that. I have learned a lot about the strengths and weaknesses of my game. Once next season starts I’ll appreciate being on the pro tour, even more, having missed it for a year.”

The Incredible Tale of Two Marks Making Their 2018 Mark