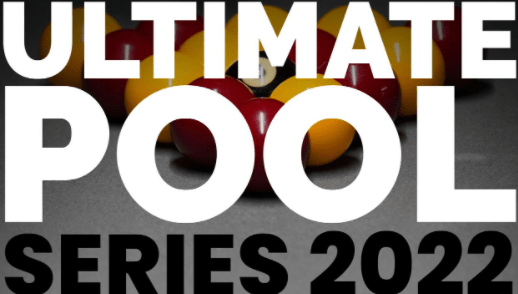 Although there’s been a feast of snooker to delve into, Ultimate Pool had extensive coverage as well over the Easter weekend, with the Ultimate Pool Pro Series Events 3 & 4 and the Women’s Event Two, and Challenger Series.

And, of course, on Monday, there was the weekly Champions League, sponsored by Vegan snacks company Vinny.

Events 3 & 4 saw Jack Whelan and Legend Michael Hill lift silverware as Hill faced his rival Gareth Potts for the third time in their careers in a major final and their first in an Ultimate Pool final. They had originally played each other in a World Pool Championship final in 2010 and 2007. Potts was a runner-up in 2010, but beat Hill in 2007.

‘The Wonder’ came back from 3-0 down to defeat Jordan Shepherd 8-4 in the final to take the trophy and £10,000.#UPGProSeries 🎱 pic.twitter.com/Un0qbXSXGq

It was a similar scenario for Ladies’ Event Two as World Pool Champion Amy Beauchamp, a former World Women’s Pool Champion in 2015 and 2017, lifted her first piece of silverware on the Ultimate Pool circuit.

Amy Beauchamp adds another major trophy to her collection as she wins the 2022 Ultimate Pool Women’s Series Event 2.

Haynes Happy to get a win in Champions League.

Harriet Haynes, who has been branded as arguably the best women’s player at the moment, who won Women’s Series One, was involved in Group 11 of the Ultimate Pool Champions League on Monday.

She told SnookerZone about competing in the Champions League: “Very good fun, and the 15 second shot clock is tough!”

Haynes added: “Happy to get a win. Should’ve won another, but in reality it didn’t matter.”

However, Frenchman Christophe Lambert was too good for the three others in the group and won all three of his matches to sail through to the last 16 of that event.

A new record was set by Autopilot Shaun Storry in the Six Red Shootout for the fastest time in the Ultimate Pool Pro Series.

The original record was set by Scott Gillespie.

Shaun Storry has just set the fastest-ever 6-red shootout time in Ultimate Pool competition history with an effort of 18.72 seconds!

He smashes the previous record by over a second and a half!