Are You Struggling to Pot Balls on the Snooker Table? Then Fix Your Potting with this Simple Two in One Training Tool and Make Learning Potting Angles Easier...

This simple magical tool from makers in Germany is very similar to the Ghost Ball Potting Aid.

Later on, SnookerZone will give you the verdict on which one is best for you to buy by giving you the lowdown. But first…

Now, here are the similarities between the two products:

Firstly, there are two plastic Ghostball sheets instead of just one. One is the simple version and one is a version which has the angles explained on there (see pic).

In snooker, you will learn that there are four main angles which enable you to pot balls.

If you can recognize these angles on a snooker table, then you are one step on the road to becoming a good potter.

It’s essential to be able to recognize these once you have gained confidence with potting straight and just off straight balls. The Pocket Sniper tool has essentially two levels of learning.

In the 3 cut method, the card in the image above shows you where the cue ball and object ball must meet in order for the object ball to go into the hole! This part of the training aid is for the intermediate player who wants to understand potting angles better. This is similar to Nic Barrow’s Aim Frame product.  Rob Reed’s Ghostball Potting Aid is for the absolute beginner, whereas the Pocket Sniper is for the beginner/intermediate market, as is Nic Barrow’s Aim Frame, which is more for the intermediate player rather than the beginner!

In the training aid package, there is a selection of basic drills the player can do which can help them get used to playing with the aid. For example, there is the simple potting a black off its spot from different positions by positioning the PS and simply doing what it calls “endless blacks.”

However, Rob Reed’s product is, in my opinion, designed for the absolute beginner who may well just want to gain confidence in potting a few “easy” balls before moving onto the technical aspect of learning potting angles. If you’re a complete beginner, I’d opt for Rob Reed’s product. If you’re looking to push on and learn angles – then use either the Pocket Sniper or Nic Barrow’s Aim Frame.

Here’s a brief demo of the Pocket Sniper in action:

Advantages of the Pocket Sniper

As with the Ghost Ball Potting Aid, you can:

As SnookerZone has said already in previous reviews, many of these training tools are ONLY useful if you are able to deliver the snooker cue in a straight line on the line of aim you’ve selected. Potting in snooker is about two things:

Go get the Pocket Sniper on eBay, here, or, enquire to Cue Sports Yorkshire, here on their Facebook Page…

PS: It’s cheaper on Cue Sports Yorkshire! Click the image below to go to see if they have any left in stock. Last time SnookerZone enquired, there were 8 left… 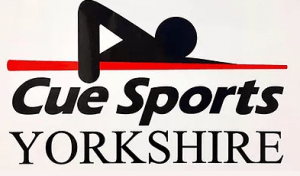